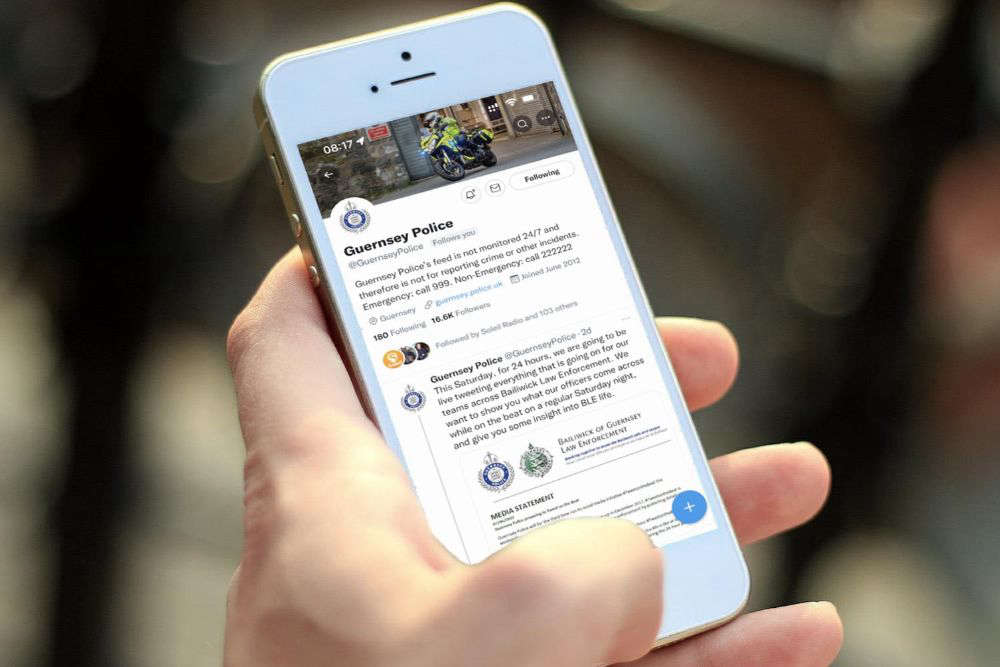 Islanders will get an insight into a day-in-the-life of Guernsey's police officers in a 24-hour social media takeover.

Tweet-on-the-Beat will follow, in real-time. the work of law enforcement in the island.

From 5pm on 11 June the social media initiative intends to share what officers come across on a Saturday night in town, as well as discussing the different roles and functions of the force.

Tom Marshall from Guernsey Police has been telling Island FM about what islanders can expect to see.

"It will basically be 24-hours of us giving regular updates as to what the police are dealing with on a live basis to give the community an idea of the sort of wide range of policing incidents we deal with, how long incidents take to deal with, whether other emergency services are involved or other partner agencies, and just really to reflect the work that's being done.

The unique thing about policing in the Bailiwick is that we have to get involved in probably a little bit more than lots of our counterparts in the UK would. As police officers, we have to wear many different hats; it's not always just about dealing with what people would traditionally associate the police with dealing with. It will give just a bit more of an insight into those sorts of things."

Acting Chief Inspector Marshall added that there are lots of tasks in the job that the public might not know about.

"We may dispel some myths about what the police do and how long certain incidents take to deal with. We do a lot of work with the other emergency services, but other services as well like Civil Protection, social workers, the hospital, some of the work that goes on in the Joint Emergency Services control room - hopefully to show that actually we are one cog in a much bigger wheel that helps to keep the community safe."