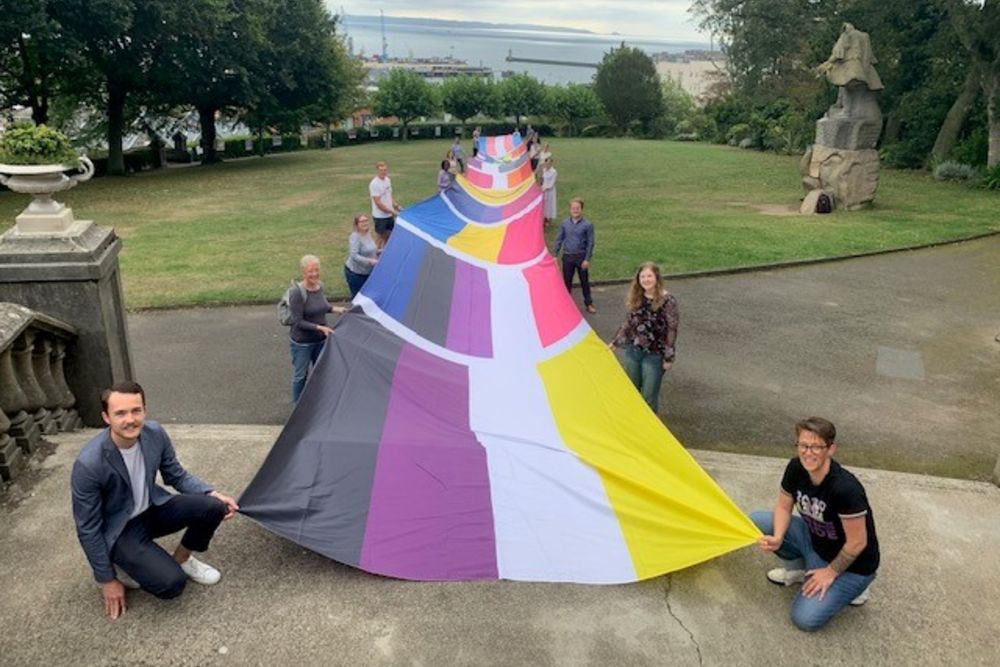 Members within the LGBTQ Plus community and its allies will be represented at Channel Islands Pride this weekend by a huge flag that will flown as part of the celebrations.

CI Pride Director Ellie Jones says the Pride team wanted to make a point of supporting everyone who sits under the rainbow, ensuring that no-one is left behind on the journey for acceptance and equality.

"This year we wanted to make sure that people knew they were included in the Pride parade and in LGBT inclusion across the island, and highlight some of the identities that are either less-known or suffer more discrimination

We're also putting up 28 identity flags on the mast in town. We can't fit them all on just one flag."

We did something else last night too...we can’t wait to see it in the day light in all it’s colourful glory!! #MoreThanJustARainbow #CIPride2020 #Guernsey

Pride organisers are promising we will be seeing plenty more rainbows across Guernsey in the coming days.

The steps into Market Square have been given a temporary makeover, and a colourful carpet of flowers is on show on North Plantation.

#CIPride2020 is painting the town rainbow! Thank you to #pwc for sponsoring the rainbow steps which lead the way into...