Cycling On Cliffs Must Stop 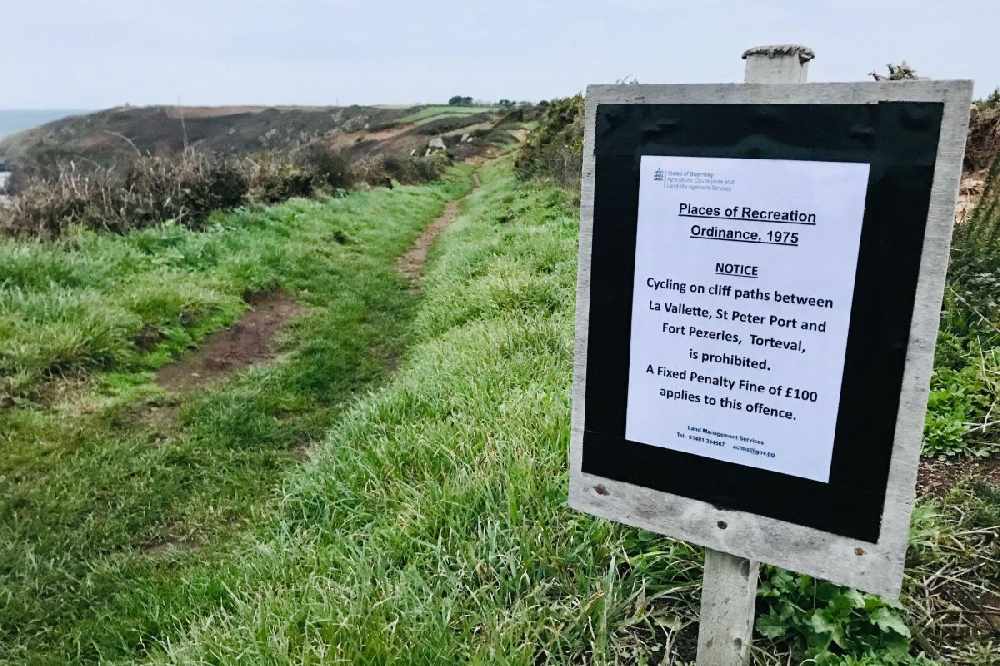 The States is reminding cliff path users that cycling is prohibited and offenders could be fined.

Temporary signs are being put up along the cliff paths between La Vallette and Fort Pezeries to remind cyclists that the paths are out of bounds and offenders could be fined.

Over the summer months, the States received complaints from the public and Constables about cyclists using the south coast cliff paths

The authorities say they encourage the use of bicycles where lawful, but in some cases they can cause conflicts with other road users and damage to pathways.

Steps are also being undermined by cyclists habitually riding down the soft banks alongside them. Such erosion can lead to the de-stabilisation of the steps and also loss of grass and coastal plants. This is exacerbated during wet weather when cycle tracks cause deep rutting and large areas of mud where groups of cyclists have passed through.

Cliff paths noted to be particularly affected by cyclists include St Peter Port, St Martins and Torteval. Notable damage to a newly laid concrete path near Bon Port was caused recently by cyclists riding through it overnight. Temporary signs are being put up between La Vallette and Fort Pezeries to remind users that cycling is prohibited by law.