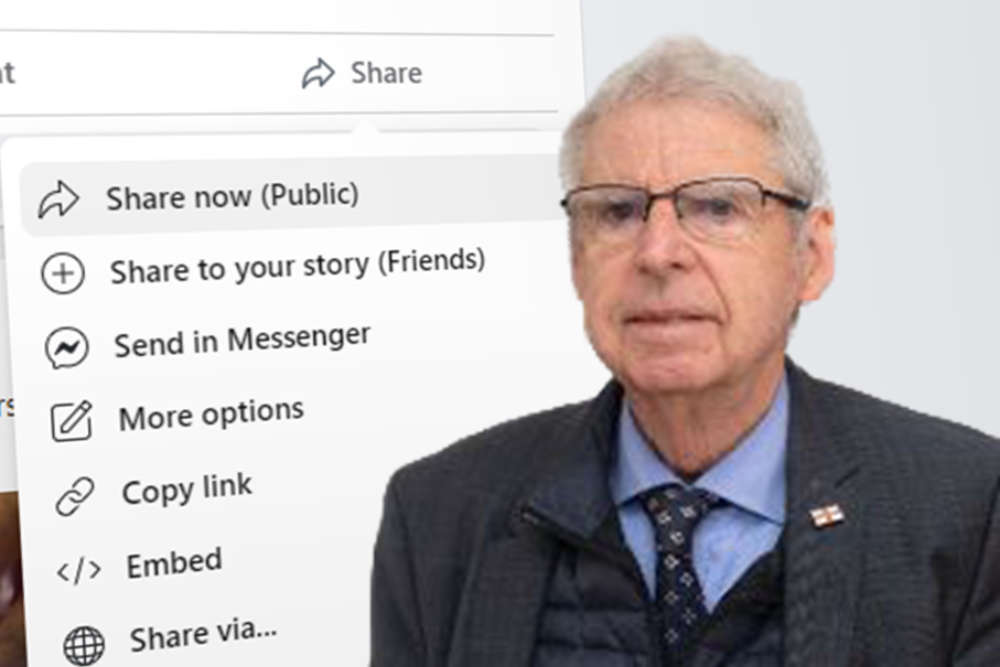 Deputy David De Lisle has been found to have broken the States Members' Code of Conduct after he shared a video on Facebook alleging the weedkiller, glyphosate, was a cause of autism.

The controversial video contained an infographic, which the panel said was 'incorrect and wholly unacceptable in its portrayal of autistic people'.

The post shared by Deputy De Lisle also alleged there was 'overwhelming' scientific evidence that glyphosate "deletes the natural medicine out of our food and soil and increases autoimmune disease".

The States Members' Code of Conduct Panel launched an investigation after a complaint from Anna Taylor, a member of the public whose daughter has autism.

She said the video relied on 'fake science' and was grossly offensive, and Deputy De Lisle sharing it on his official account gave the video's contents credibility it otherwise wouldn't have had - undermining trust in States Members.

Deputy De Lisle said when he had become aware of the video's contents - he quickly took steps to take it down.

He told the panel he didn't realise the infographic would appear when the video was posted, and he had only intended to share the video attacking the use of glyphosate.

He said as the video had already been viewed more than a million times and liked by 68,000 people, he 'assumed it was proper'.

The panel said while Deputy De Lisle didn't mean to cause any offence, he should have more closely scrutinised the video - how it would look, its contents, and who originally created it.

They said while it was 'inappropriate' to post the video to his public social media page, his quick actions in removing the post meant they didn't issue any sanction.