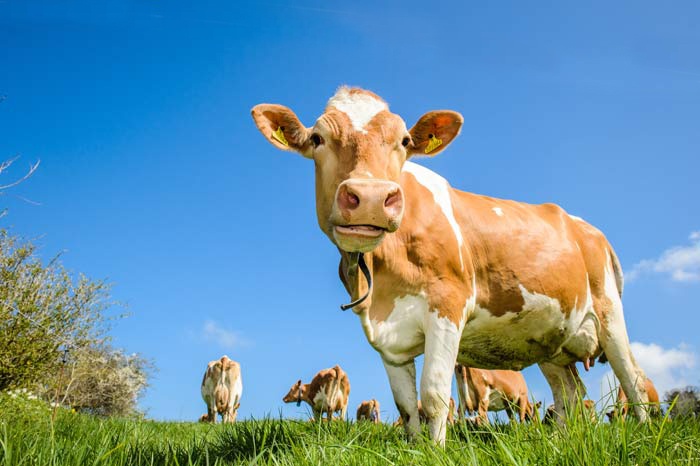 Nearly a third of households say they're drinking less milk than they did five years ago.

A survey looking into our consumption of milk and alternative products, as well as the importance of the dairy industry, has also found that nearly nine out of ten households regularly consume Guernsey milk, despite the increase in plant based alternatives. Fifteen per cent of us say we're drinking more milk than we used to.

Low-fat milk is the most popular product, regularly consumed by 73% of households.  26% consume skimmed milk, 16% full-cream and 3% organic.

The survey also found that  83% felt strongly that Guernsey milk should be produced on island. Only 18% of households were unhappy paying a premium to support the local dairy industry.

Andrew Tabel, general manager of Guernsey Dairy said: “The data gives us a thorough insight into consumer trends, not only of the consumption of our dairy products and non-dairy alternatives but also general views of the industry.

“One particular area of interest was understanding the reasons for choosing milk alternatives and consumers attitudes towards dairy products. Over a four-year period, there has been a small reduction in the percentage of households who regularly consume Guernsey Dairy milk; however, encouragingly our market share remains extremely high, with nine out of 10 households regularly buying our milk.

“The survey results also suggest sales of skimmed milk have been displaced by milk alternatives, which is in line with reported UK trends.”

[1] According to research published by the Agriculture and Horticulture Development Board (ahdb.org.uk/news/consumer-insight-liquid-milk-market-performance), 28.9% of households in the UK are drink plant-based dairy alternatives. This is broadly comparable with Guernsey, where there is less price differential between these products and dairy milk.