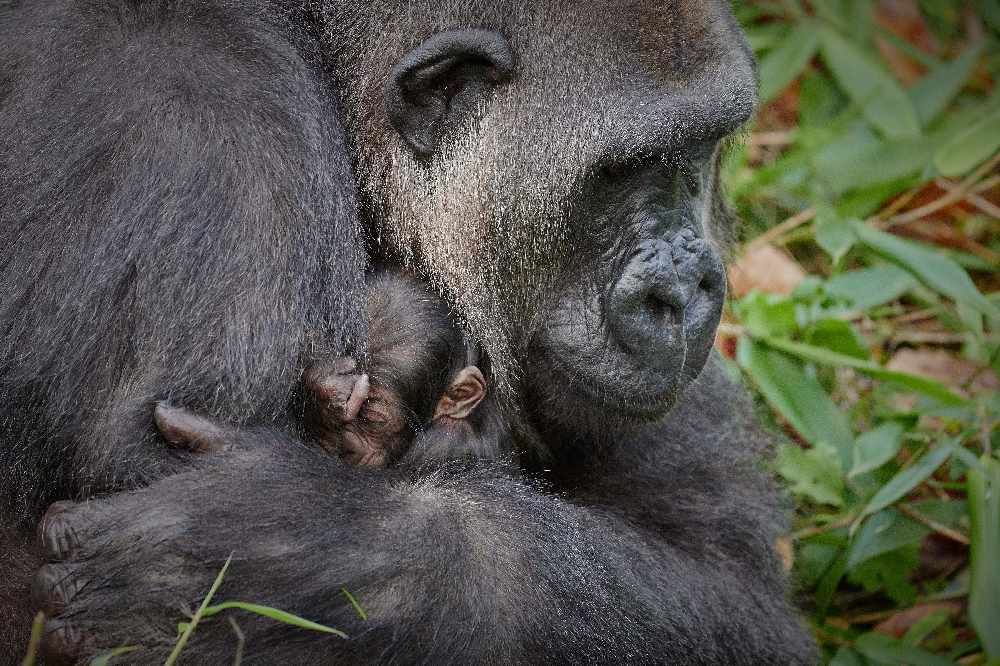 During the early hours of Friday 15th November, 25-year-old gorilla called Bahasha gave birth to a baby. Keepers say that Bahasha is doing well after the birth and the baby has been suckling, but it is still very early so both mother and baby are being monitored closely by zoo staff.

Gordon Hunt, Deputy Head of Mammals, said, “The entire team at Durrell is absolutely thrilled with the news and we are so pleased that Bahasha and her infant are doing well so far. This birth is a great success for Durrell and the western lowland gorilla captive breeding programme.

"With this species being severely threatened in the wild, every new-born is an important addition to the captive population. As with all births, the first few days are crucial, so we are being extremely cautious and have been keeping a close eye on the group.

"Currently, the gorillas all appear to be settled, and dad Badongo has been protectively watching over Bahasha and their new baby.”

It is currently too soon to determine whether the baby is male or female, but visitors will be kept up-to-date via Durrell’s supporter communications and social media channels.

We're told Bahasha, her baby and the rest of the gorillas will need some privacy and time to adjust to the exciting, new addition to the family. While this is happening, the daily gorilla keeper talks may need to be cancelled and the gorillas’ indoor area will be closed for certain periods during the day, but Durrell will keep visitors informed of any changes and
appreciate their understanding.