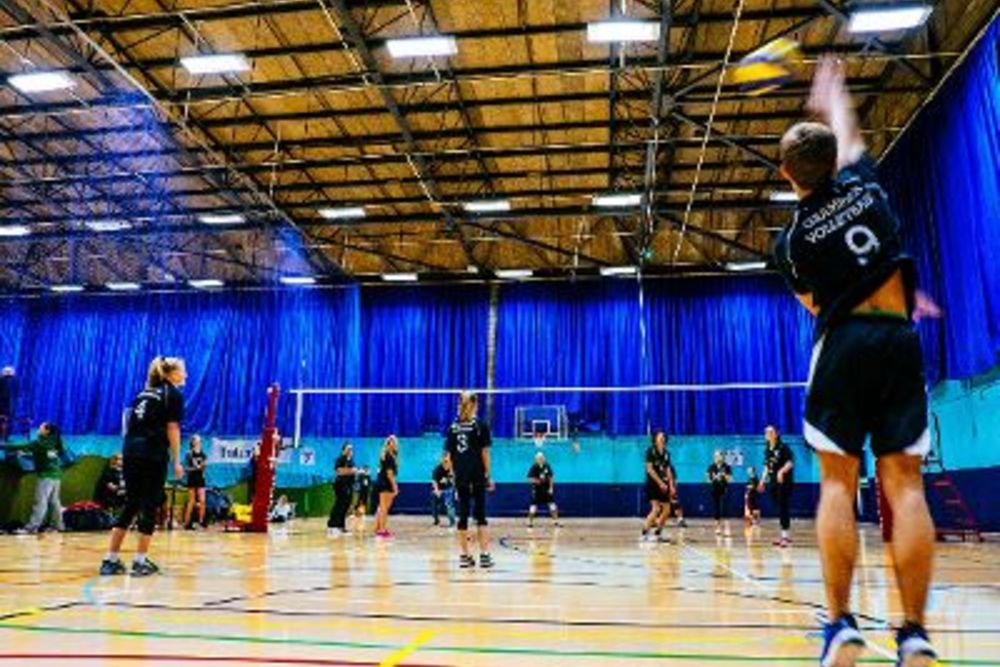 Policy & Resources has defended the decision to use Guernsey's largest sports hall as a community Covid-19 vaccination centre, despite opposition from the Sports Commission and many islanders.

The Sir John Loveridge Hall at Beau Sejour was chosen as the Community Vaccination Centre because it met 'all of the key requirements', according to the President of Policy & Resources Deputy Peter Ferbrache.

He's issued a response to a statement from the Guernsey Sports Commission, expressing its concern about the impact the decision will have on a number of local sports.

Following Friday's announcement, several islanders also took to Island FM's Facebook page to vent frustration at the hall being taken out of use for sports and clubs for such a long period.

P&R says the hall is the best option open to them.

We're told other venues were assessed - including the David Ferguson Hall, private sector premises and a bespoke drive-through facility at the North Beach car park - but the Sir John Loveridge Hall provided 'a flexible location that can operate with full social distancing and full PPE for all staff, if required'.

Operations Director at the Guernsey Sports Commission Graham Chester said they would like to understand the criteria used for deciding to select the sports hall ahead of other States-owned or private buildings on the island.

In response, the Policy & Resources Committee said the Community Vaccination Centre must have:

 Hard flooring which can be cleaned and disinfected easily

 Reliable connectivity to the States of Guernsey Network

The GSC says the Sir John Loveridge is the island's only large community sports hall, and losing it for such a long period of time is 'extremely disruptive' to a large number of sports, their players, coaches and the wider community.

It says it will be 'impossible to find alternative venues for all of the sports, many of which require specific equipment and storage'.

P&R says all options are being explored to support sports that are being displaced as a result of the choice of the Sir John Loveridge Hall.

"There were no easy solutions here but ensuring the most appropriate facility for the Community Vaccination Centre must be the priority. Other options were thoroughly considered but the Sir John Loveridge Hall satisfied all the requirements needed for the safe rollout of the vaccination programme. We remain in the thick of managing our response to the pandemic and difficult decisions, which we understand will not always be universally popular, must be made. While inconvenient, it is an easier task to support 2 sporting groups to find somewhere else to use than it is run a vaccination programme for the entire community.’ - Deputy Peter Ferbrache

Those comments have been echoed by Dr Nicola Brink, Director of Public Health:

"2020 has been an exceptional year and we have had to make some very challenging decisions which we know have impacted on the community in various ways. The decision to use the Sir John Loveridge Hall was not taken lightly. I am acutely aware of the benefit sporting activities have on people’s health and wellbeing and the hall will be used for the minimum possible time. We need to continue to work together as a community as we move into the vaccination phase #GuernseyTogether.’

President of the Committee for Education, Sport & Culture, Deputy Andrea Dudley-Owen, says her committee is focused on doing everything it an to support sports by 'ensuring all other facilities are explored.'

The Guernsey Sports Commission says is collating a list of activities that will affected and is asking members to get in touch with their concerns.