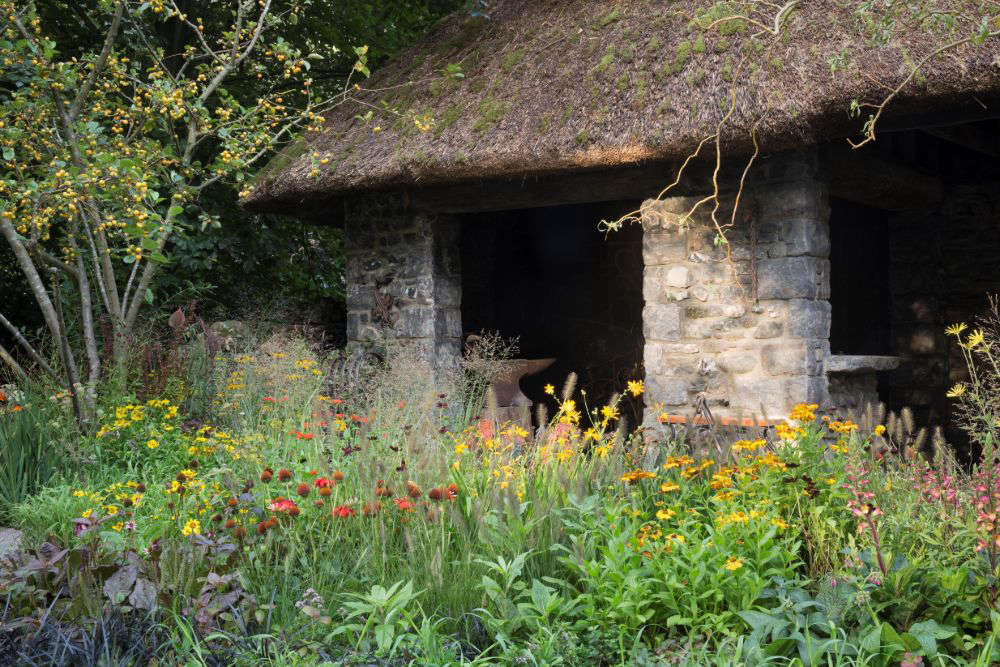 Raymond Evison Clematis from Guernsey has won the coveted President's Award for the most outstanding exhibition within the Great Pavillion, while the Blue Diamond Group has been awarded Best Artisan Garden for their Forge Garden.

Mr Evison started his horticultural career at the age of 15 in Shropshire. He moved the clematis operations to the islands and set up the Guernsey Clematis Nursery in 1985.

He has been attending the show for 61 years and has won numerous gold medals over the years but this is the first time he has won the Presidents Award.

The Blue Diamond Forge Garden was awarded Best Artisan Garden along with a Silver Award in its first exhibition at RHS Chelsea.

"RHS Chelsea has provided us with a fantastic opportunity to showcase the talents within the Blue Diamond Group. Our garden was originally thought up and designed by employees within the group who have then worked closely and had excellent support from Conquest Creative Spaces and Project Consultant, Cherry Carmen, to bring the Blue Diamond Forge Garden to life.

"I am delighted with how the garden looks and I have already had many complimentary comments from visitors to the show about the garden with many saying that they cannot believe that forge was built in only 2 weeks. Its authenticity making it appear to have always been in the grounds of Chelsea".

The Blue Diamond Forge Garden is situated at site 565 and celebrates the artisan craft of blacksmithing, inspired by the National Trust's Branscombe Forge in Devon, which dates back to the 15th Century.

Avant Garden is also featured at the show for the first time. The Guernsey online business specialises in cast bronze statues for the garden. Owner Nick Martel says the show is a superb shop window.

"Being an online business, some people do not want to spend without touching the product and feeling the quality and so there's 140,000 tickets sold for this show so your putting yourself in the best position with the best audience for my business.

It's absolutely the creme de la creme. We've just had the celebrity gala night with 5,000 VIPs. From that 1,000 went to a dinner at about 9pm, so they were eating, drinking and shopping and the atmosphere was amazing."