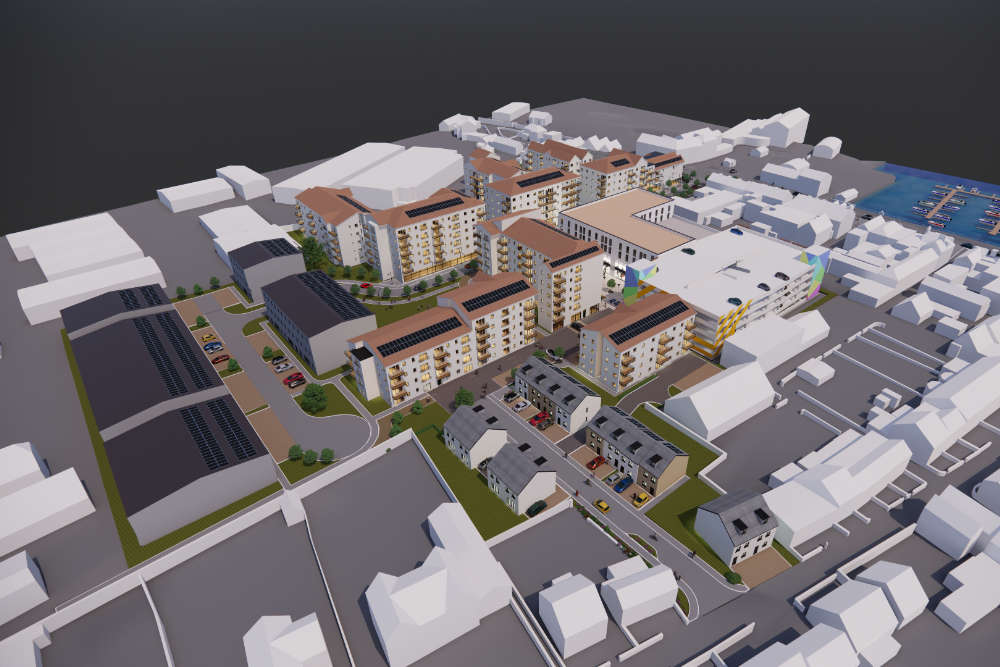 The Co-op has been granted outline planning permission with conditions at an Open Planning Meeting.

Members of the Development & Planning Authority unanimously agreed to the redevelopment plan for Leale's Yard this morning (16 November).

The plan, which was unveiled in April, involves constructing 338 residential units alongside a large Co-op shop and a multi-storey car park.

Multiple access points will be made to the area, including a road to the Bridge and Nocq Road.

Traffic management, the height of buildings and the provision of green spaces were all discussed at the meeting and will form a part of the conditions imposed with the outline planning consent.

St Sampson’s douzenier Rob Gill says he is pleased with the outcome:

"It's the key to the regeneration of The Bridge.

This is a community on its own and it has all the amenities on-site, so a resident of Leale's Yard could actually live there, work there and socialise there, and not have to go anywhere in a car." 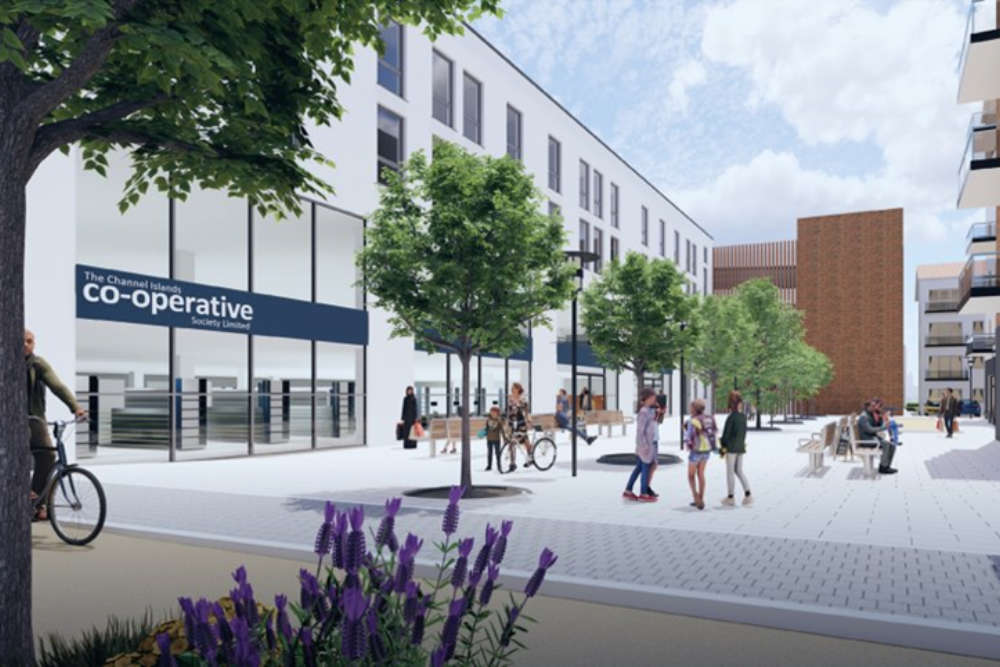 "I think the representations that were actually made during the meeting really got to the crux of what some of the issues were and how we've addressed some of them, and how they could be further addressed by the actual full planning application.

At the end of the day, if it goes ahead, this will be a great place to work, play and live.

She explained what happens next:

This has initially been given consent on the plan that has been provided to us, and then what will happen is that they (the Co-op) will go away and they'll provide a lot more detail regarding the design work and everything like that.

And then it will come back either before us or delegated authority."

“The Coop and our development partner are delighted that the Planning officer’s rigorous technical assessment supports our plans for the redevelopment of the Leale’s Yard site.

Along with the overwhelmingly positive response from the local community on the Leale’s Yard re-development, the Co-op are optimistic that the continued hard work and commitment by many on this long-running vision will soon come into fruition.

It is a once-in-a-generation chance to increase the opportunities for young Islanders that are struggling to find a new place they can call home."

Ahead of the meeting, Planning's Vice President, deputy Andy Taylor, tendered his resignation.

He said he had issues with the way this application had been dealt with internally, saying members had a "conflicts of interest and an apparent disregard for the Blue Book Rules of Procedure."

"I can categorically assure the public and States Members that at no time has there been any conflict of interest or a direct or special interest in the matter on my part in respect of the Leale’s Yard planning application."

"I can and have considered this application wholly objectively on its merits and with an open mind, having regard to the Planning Law, the relevant planning policies and other material planning considerations.”