A rally has been staged outside the Royal Court in support of climate proposals from Committee for the Environment & Infrastructure.

The rally was organised by the group 'Standing Up For Guernsey's Environment' and was well-attended by islanders concerned with the health of our environment.

Speaking to Island FM as an individual, Deputy Lindsay De Sausmarez appreciated those who gave up their time to campaign.

"It's absolutely wonderful to see the community turning out in support of this, and it's particularly good to see so many young people engaging in politics.

"Young people are the key stakeholders in this and it's absolutely brilliant to see so many of them turning out in support of this today." 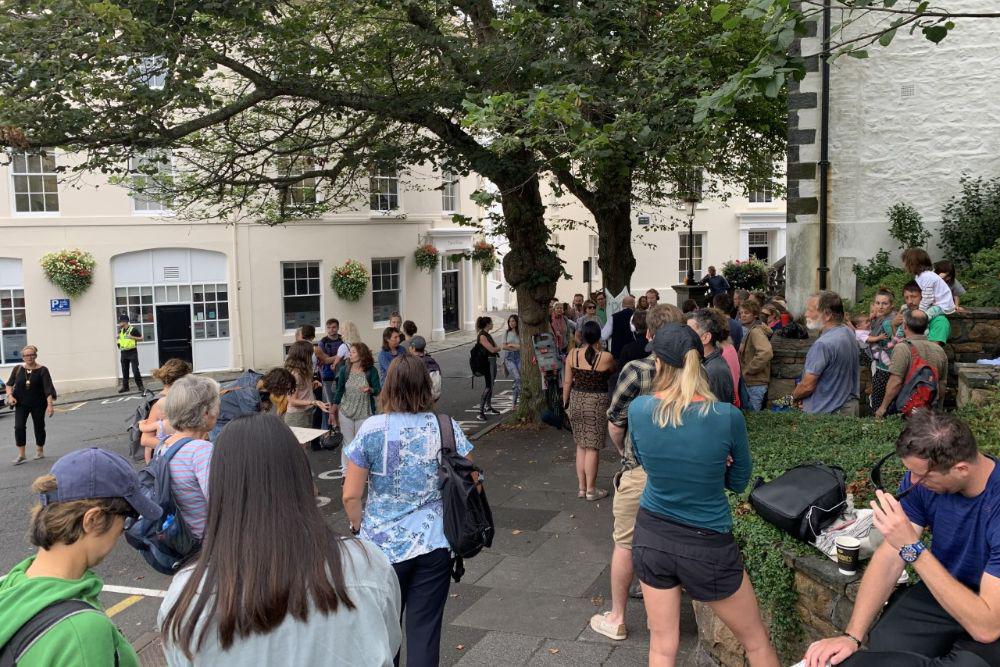 The States will debate Guernsey's Climate Change Policy and Action Plan as part of this week's meeting agenda.

The proposals - made by the Committee for the Environment & Infrastructure - aim to reduce the island's carbon emissions by 57% by 2030 and to become fully carbon neutral by 2050.

A spokesperson for 'Standing Up For Guernsey's Environment' told Island FM that passing this new policy is just the first step:

"What we would like to see is the plan adopted today and set the scene for future action and implementation, because the follow through and the action is really, really important.

"We see the plan as the bare minimum for now and we would like to see more ambitious plans in the future."

The States are expected to make a decision on Guernsey's Climate Change Policy and Action Plan at some stage this week.