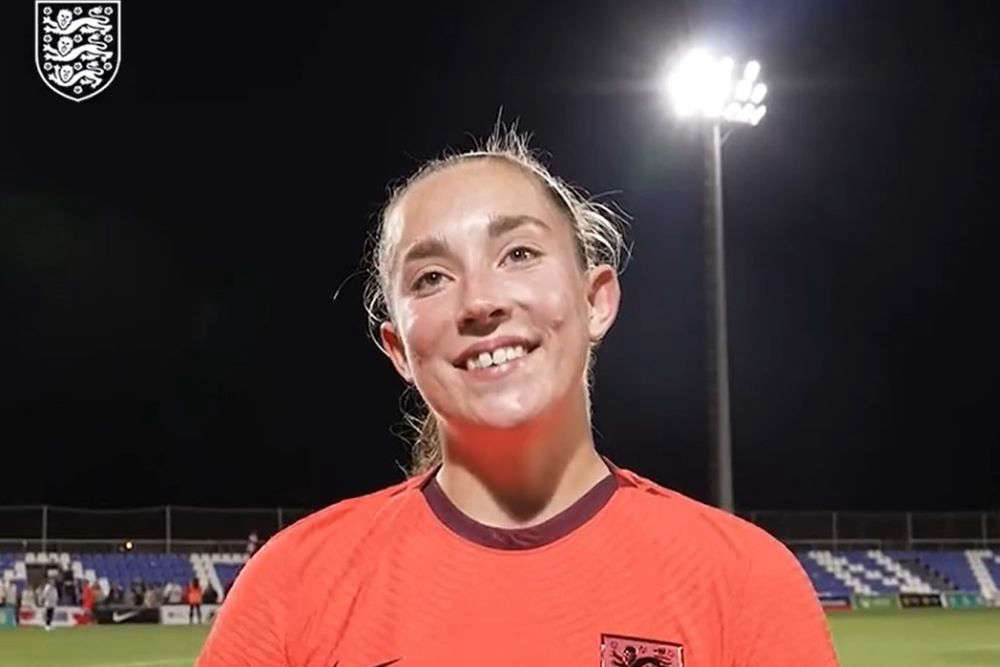 Guernsey's Maya Le Tissier has made her senior England debut in a 1-1 draw with Norway.

Le Tissier wore the No.2 shirt, playing right-back for the Lionesses.

Ready to make her England debut.

England had thrashed their opponents 8-0 on the way to winning the European Championships in the summer.

An impressive header from Rachel Daly put England in front after just over half an hour.

But an error from goalkeeper Ellie Roebuck allowed the Norwegians to equalise, after they'd had a player sent-off.

Manager Sarina Wiegman has given a host of young players an opportunity since the Lionesses' victory at this summer’s home Euros, with Maya Le Tissier and Katie Robinson the latest to make their debuts.

“[2022] has been very nice, although I am a little disappointed with this [game]. But if you said this was all going to happen from last September until now I probably wouldn't have believed you. You hope for things but what happened was really incredible.  " - Sarina Wiegman.