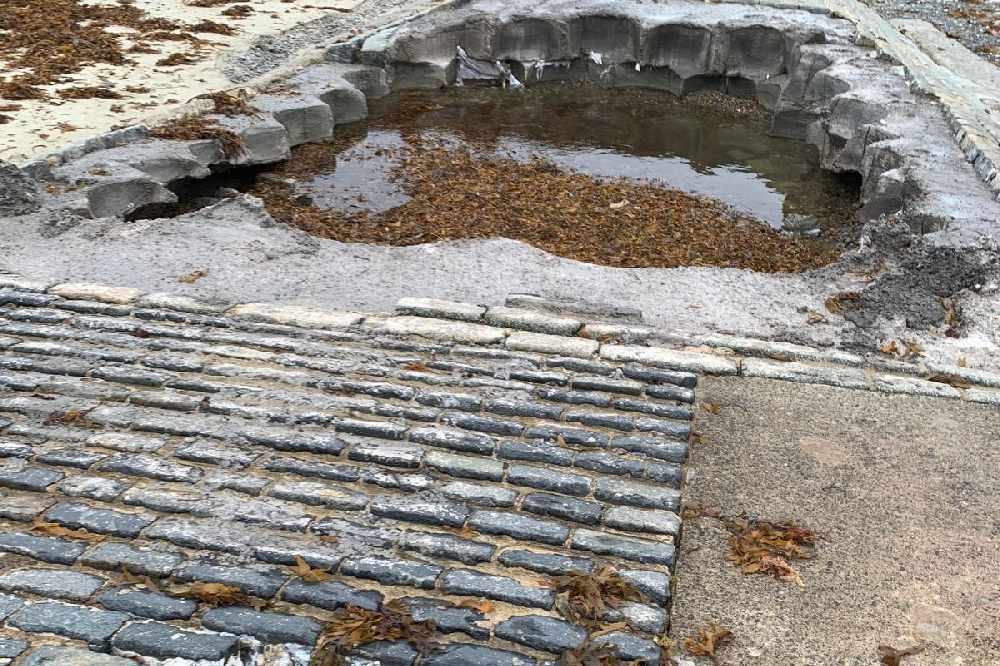 This slipway was damaged in storms at the beginning of the year and a temporary stabilisation of the structure was undertaken.

Over the course of the summer the works have become undermined, requiring additional work to stabilise the structure through the winter in order that a reinstatement can be undertaken.

At the end of September, following an inspection of the slipway, it became clear that, in addition to the undermining of the earlier work, there is a sizable void underneath the slipway extending for a number of metres.

This now places the slipway at a greater risk of further failure and also poses a significant health and safety concern.

Given the ongoing stormy weather the decision was taken to repair it at the earliest opportunity.

The neap tides on the week of the 7 th represent the best opportunity to undertake the work and limit the risk of further damage.

The work is expected to be completed by Friday 11 th October.