States Debates 'Should Be Filmed’ 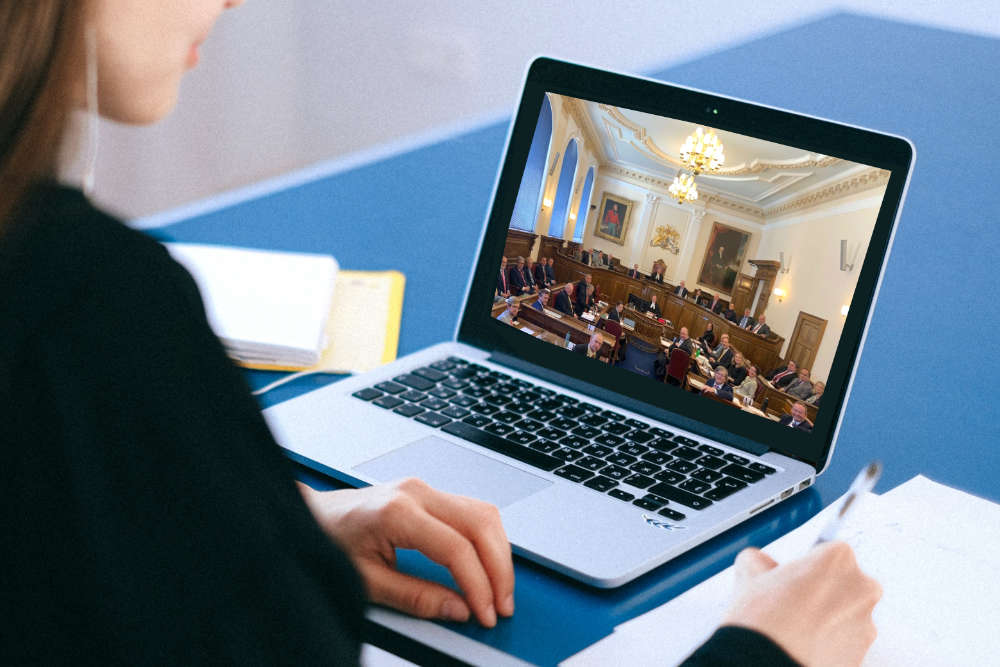 Concern that some deputies are being shunned by others, is leading to a call for States debates to be made available to watch online.

Deputy Sasha Kazantseva-Miller says it isn't obvious while listening to a debate that a block of members routinely walk out of the chamber when certain politicians rise to speak.

Standard parliamentary behaviours in this Assembly - curtailing debate and then exiting the room in exodus when certain members speak.

The most recent example was during last week's discussion about the future of a field near the PEH and whether nurses' accommodation should be built on it.

This is why I'm keen that States meetings are recorded visually, so the electorate can see the behaviours. There is a block of deputies who make a point of walking out every time I get up to speak, for example. This is not how grown ups should behave, let alone parliamentarians.

Whilst audio from the meetings of Guernsey's States of Deliberation is streamed online there are no cameras inside the Royal Court, so islanders cannot watch proceedings.

Guernsey's States meetings are streamed without live pictures from the debating chamber.

Both Jersey and Isle of Man have live online video streams of debates, and Deputy Kazantseva-Miller is among those who would like to see the same brought in for Guernsey.

It will help tell more about the deputies, their behaviour, their way of talking and interacting with their fellow colleagues.

We live in a world where video and interactive content is the rule of the game, and so I think it's really important that the States moves on with the times and becomes more accessible to islanders."

Jersey's States Assembly allowed cameras in for its meetings for the first time in 2016.

The public can watch debates in Jersey's States Assembly.

Each webcast is available to watch live and for six months afterwards.  On its introduction, it was estimated to cost around £17k per year.