'Stay Away From Dead Seabirds' 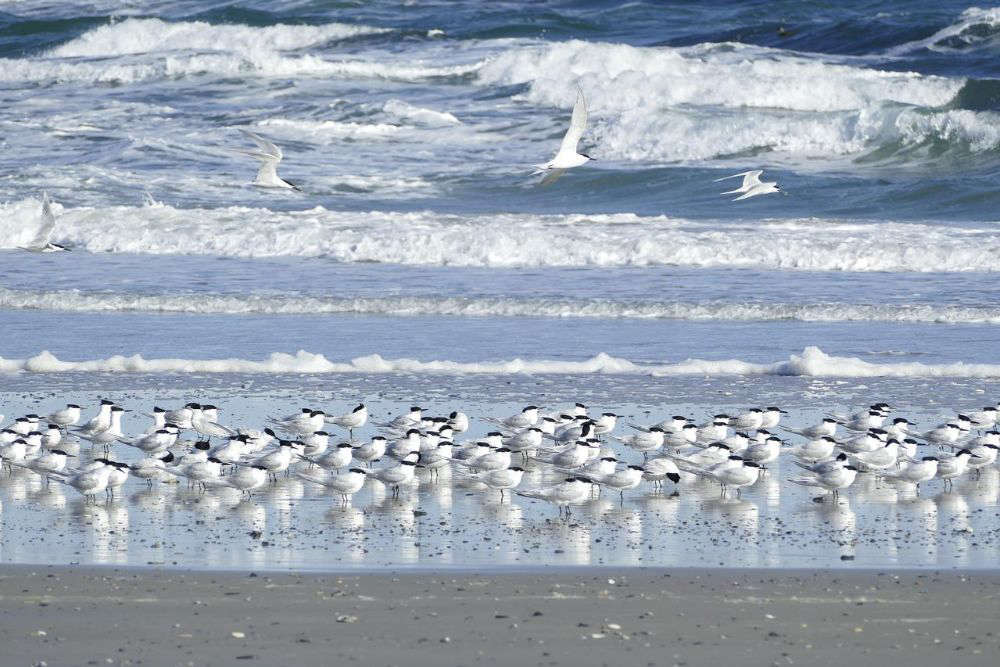 Beachgoers across the Channel Islands are being warned to stay away from the carcasses of dead sea birds that may start washing ashore in large numbers.

Avian flu has spread to sea bird colonies along the south coast of England and the north coast of France.

It's reported more than 1,000 Sandwich Terns died in a breeding colony in northern France near Calais, representing 10% of the French breeding population.

Guernsey's States vet, David Chamberlain, says there is little danger to humans but the advice is don't touch them and don't let your dog touch them either.

We are monitoring the international situation vigilantly and local ornithologists are observing our local seabird colonies from a distance. We are also reviewing the actions being taken by authorities in the areas where colonies are infected to see if there is anything we can learn to improve protection of our local colonies from this virus."

The GSPCA is urging bird owners to protect their pets and flocks.

“The GSPCA has been highlighting cases of bird flu since November last year and promoting how important that we all take extra precautions in the Channel Islands to ensure our pet and farm birds are as safe as possible from bird flu.

Typically this form of the disease presents suddenly, often with very high mortality, with affected birds developing swollen heads, a blue colouration for those with a comb and wattles, dullness, lack of appetite, respiratory distress, diarrhoea and significant drop in egg production."