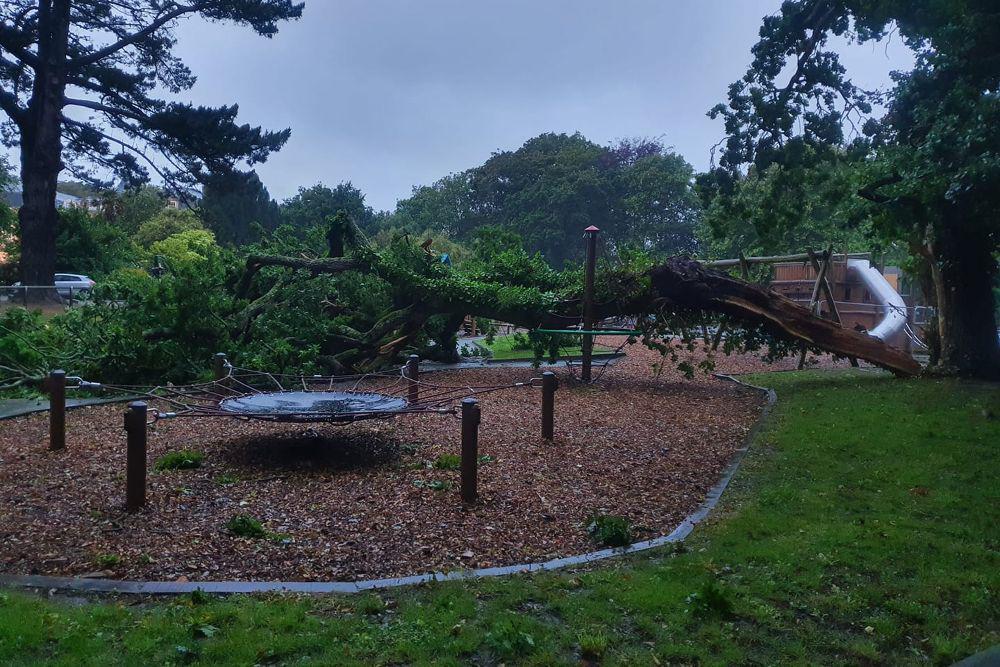 A tree has come down onto play equipment in Saumarez Park.

Islanders have been expressing their shock after a photo of the fallen tree was posted on social media.

Those commenting on a local Facebook page said they were relieved it had happened overnight while there were no children on the park.

Andreia says, "We are lucky they normally come down when we have lots of rain, which is when kids aren't normally at the park."

Shaaron is concerned about possible damage to the equipment. "I hope that didn't take out the small play house."

Whereas Bronia joked that "It’s the new playground attraction, all kids love to climb trees."

“The playground was closed as soon as ACLMS became aware of the fallen tree first thing this morning. Signage and red hazard tape was also quickly put in place to cordon off the area where the tree is.

“Before midday a tree surgeon was already on site to begin working on the clear up. At the present time it its estimated that the clear up works will take around two days; This will include the clearing away of the fallen timber and the felling of the damaged existing tree.

“Until this clear up is complete it is difficult to assess the extent of any damage to the playground equipment and the subsequent repairs which may be required.”