WATCH: Pride Flag Raised Ahead Of The World Cup 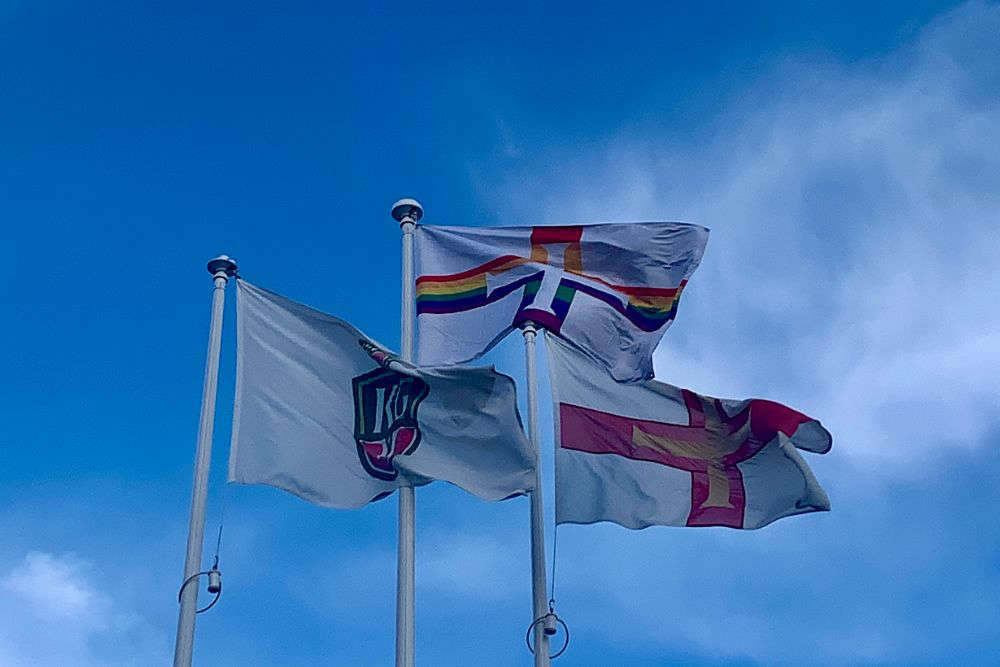 Guernsey is showing its support for LGBTQ+ football players and fans, ahead of Qatar hosting the 2022 World Cup.

The Health Improvement Commission contacted Liberate (Guernsey's equality charity) to suggest hoisting a Pride Flag at the KGV ahead of The World Cup potentially being streamed there.

This display of support for the LGBTQ+ community is in response to the hosting country's Human Rights Issues.

Homosexuality is illegal in Qatar.

CEO of Liberate, Ellie Jones, says she is glad The World Cup has allowed important discussions to be held:

"When we award tournaments like The World Cup to places like Qatar, it then does raise a spotlight on the Human Rights issues in those places.

But from a positive side, it has made people aware of those issues - it can have a ripple effect and a massive impact in the future.

She added that culture is not an excuse for homophobia:

It's not about respecting different people's cultures, that respect is there, however, a culture that then criminalises people for just being themselves, that's not part of their culture, you don't have to criminalise that, you could take away the punishments.

People who are LGBTQ+ and are travelling to Qatar for the World Cup, or LGBTQ+ Qataris, need to be careful being themselves in the public.

At the end of the day football fans get to walk away, the LGBTQ+ Qataris don't, so hopefully, this display of support will change something for them."

Alun Williams from the Health Improvement Commission says sport should be inclusive:

"Our approach to sport and activity is we want it to be as inclusive as possible, but clearly there are issues about that in Qatar.

The World Cup is a great opportunity to celebrate the impact of sport and its contribution globally, and we just thought it would be nice to show our support for the LGBTQ+ community and that's why we offered to rise this flag."