Who Are Guernsey's Women Of The Future? 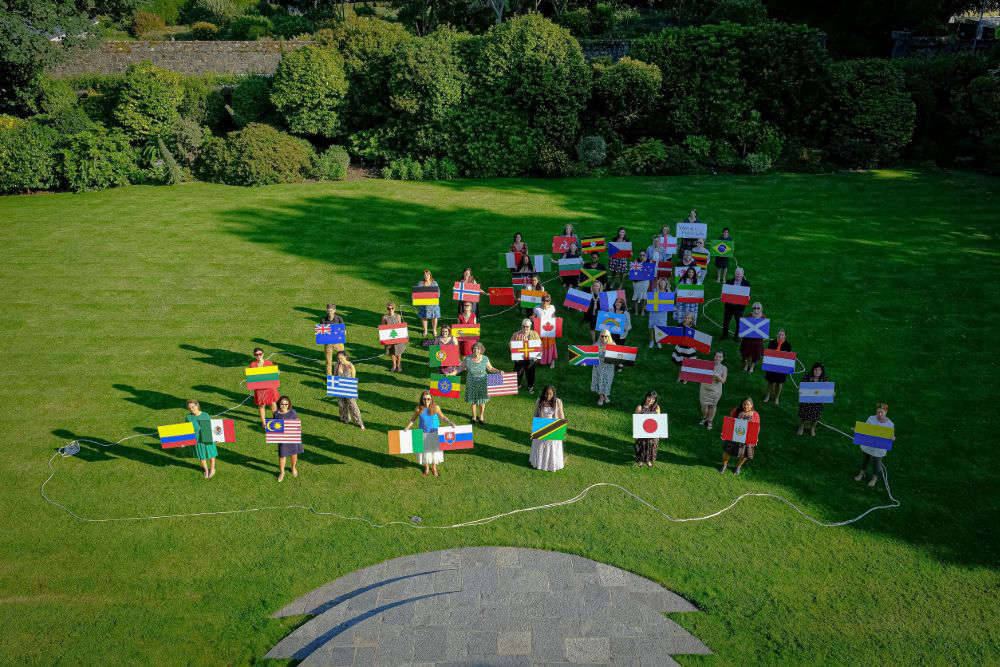 In 2021 WIPL filled the Guernsey map with more than 50 flags each representing an iconic international woman.

The search is on for the iconic women of the future to fill an online map of Guernsey for International Women's Day.

Women in Public Life is asking islanders to nominate a girl or woman under 30 who has the potential to make a positive difference to public life in the Bailiwick and beyond.

WIPL committee member Linda Rolfe says it could be someone in politics, public service, business, or in the arts, science or sport:

"Who is our next Deputy Heidi Soulsby or Lindsay de Saumarez? Who is our next Dr Nicola Brink or the Deputy Bailiff Jessica Roland, Wendy Dorey from the Institute of Directors or Heather Watson? All women who are today making a real difference to life in Guernsey."

The campaign is being launched two weeks ahead of International Women's Day on 8 March and everyone nominated will feature on an online map of the island.

Last year WIPL filled the map with 50 flags from around the world, each representing an iconic international woman nominated by an islander who was born in that country or island. The campaign is shortlisted for a Guernsey Community Foundation Award.

"In the UK there was an MP elected who was 23, but then we've also had a douzanier elected here at the age of 18 so we've seen positive examples coming through. I think there is a lot of positive good will in Guernsey."

"Progress has been slow but there are notable exceptions but what we'd rather see is that it's quite normal in any sphere of public life to have a really balanced group of people around the table, and balance is for half of them to be women."

"Youth can be accompanied by uncertainty and undervaluing of our work, ideas and values. It's very important we recognise the young people making a mark on our community. I remember those early recognitions in my own professional and activist journey giving me stronger confidence, energy and trust in my abilities and intuition to chart my own path."

The closing date for nominations is Sunday 5 March.