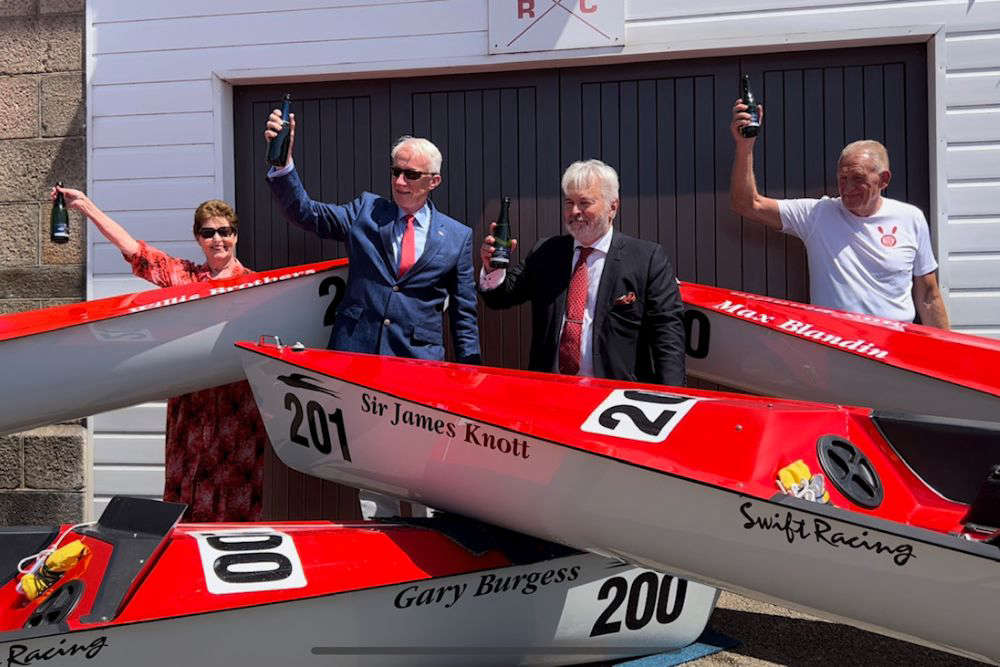 A rowing boat named after the late broadcaster Gary Burgess is one of three new vessels being christened at this weekend's Jersey Boat Show.

His Excellency the Lieutenant-Governor and the Bailiff will be among those attending the naming ceremony, along with Gary's family.

The well-loved local reporter and broadcaster passed away earlier this year after being diagnosed with terminal cancer.

The boat has been donated by the Jersey Community Foundation, using funds raised by the Channel Islands Lottery and can be used by anybody with basic rowing skills for free. It aims to give everyone access to the sport, even if they are unable to buy or hire their own equipment.

The Burgess Boat! ❤️
It’s had lots of use already by rowers of all shapes, sizes and ages. We love it!

Official naming ceremony at ⁦@jerseyboatshow⁩ on Saturday. 1.45pm at the Rowing Club slip

A second rowing boat will be named to commemorate Sir James Knott.

John Searson of the Jersey Rowing Club said the boats have been a hit with local rowers:

“The Jersey Community Foundation’s boat and the Sir James Knott are the most used boats at the Jersey Rowing Club. They are taken out four or five times more than any other boat here. In May alone, for example, they were used more than 60 times creating over 300 rowing sessions. The club is pleased to be able to offer this service to anyone with the skills and we are delighted that interest and accessibility of the sport is growing and indeed being enabled by the Club, with the generosity of these charities.”

“We were delighted to award funding to the Jersey Rowing Club to enable our community to freely use this boat. For a boat designed to lift community spirit and enable greater access for all, we can think of no greater name than the ‘Gary Burgess’ and we are grateful to his family for allowing the club the opportunity to honour him in this way.”

The naming ceremony will take place at 2.10pm at the rowing club and will be followed by a race between the two new boats. They will then have a change of crew and will head to the Gunsite to pick up the 2022 Commonwealth Games baton, which will be rowed on the relay leg to West Park.