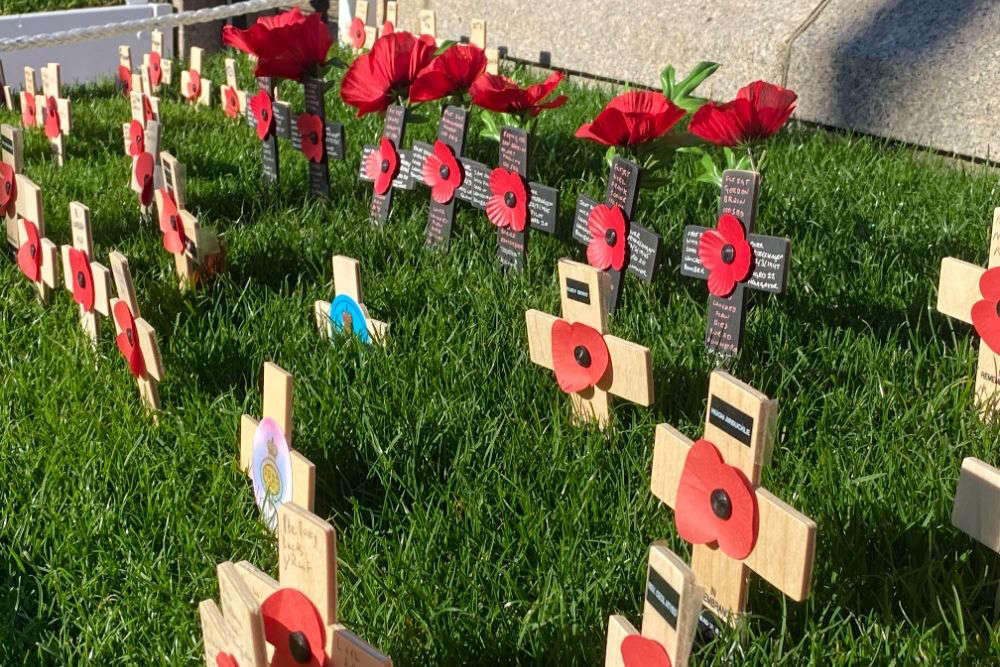 Services are being held at parish war memorials, and at the Cenotaph in St Helier to make Remembrance Sunday.

Jersey's Lieutenant Governor has used his traditional Remembrance Sunday address to ask us to take time to reflect on the sacrifices of fallen service personnel and to consider the part we can all play in protecting the freedoms they fought for and improving the future of younger generations.

"Many of us will be thinking about relatives who lost their lives in two World Wars and in other conflicts; many will be remembering very personal and tragic consequences of military combat over the decades. But all of us will have something in common and that is that we have the privilege, the benefit and the responsibility to those who did lose their lives, to build a better world, a more caring community and a more sustainable future.

The life, which we have been given, is a very precious gift, a gift that we should seek to use to make the world, or at least a part of it, a better place for the future of all children." - Sir Stephen Dalton. 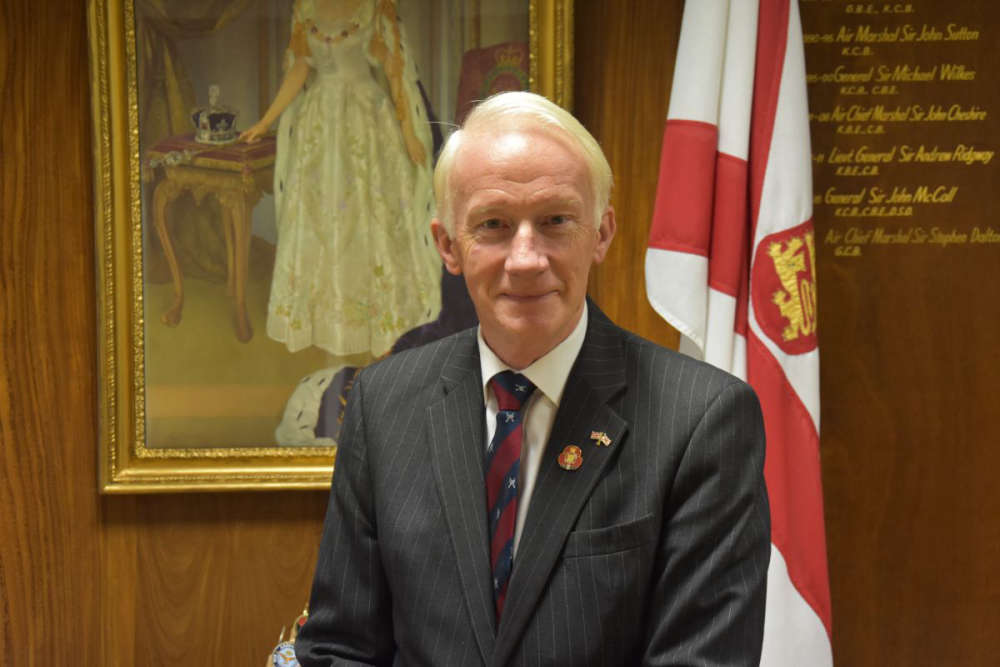 On Thursday (11 November) at 11.00am, islanders fell silent to pay respects to the armed forces community, past and present.

Armistice Day - the eleventh day of the eleventh month - commemorates the signing of the armistice that ended the First World War. 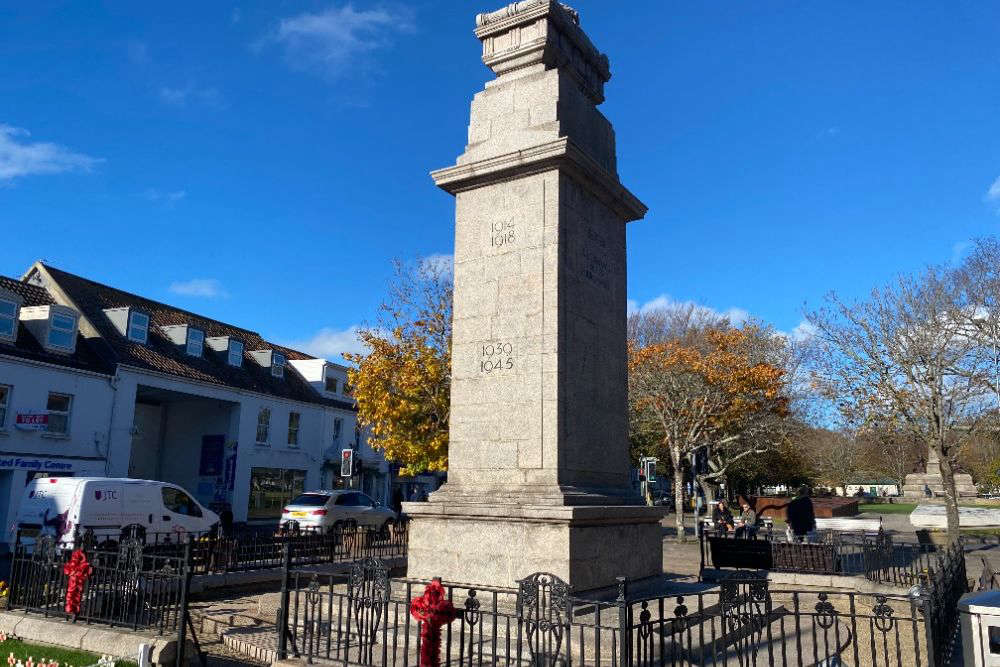 St Helier Constable Simon Crowcroft welcomed this year's remembrance services, after last year's were forced to go virtual because of the pandemic.

"People are so relieved to be able to do things with freedom, freedom to remember those lost.

These are important parish and island-wide events and I think that'll be reflected with the turnout at the Remembrance Sunday service at the Cenotaph."

Constable Crowcroft spoke to Channel 103 about how Armistice Day is especially significant for Jersey residents.

"I think Jersey people are especially close to the events of the World Wars. Having been occupied, there is an importance of the sacrifice that people made in both World Wars.

We saw today (11 November), more people have come to the event at the Cenotaph then I can remember coming here. That shows a high interest and concern is growing rather than the reverse."

Red poppies are sold each year in the build-up to the day to commemorate the war dead.

The Royal British Legion in Jersey is encouraging the community to give generously, to raise vital funds to help the armed forces community. 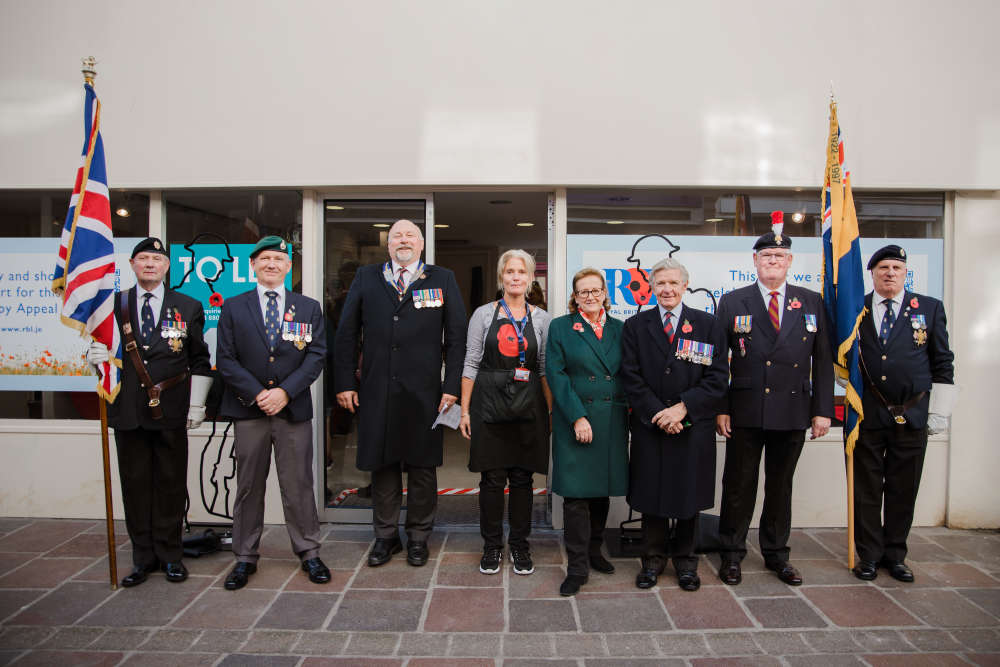 Tim Daniels, Chairman of The Royal British Legion, Jersey says islanders should be proactive in showing their gratitude.

“The Royal British Legion has been supporting the armed forces for 100 years now. There are many ex-service people in our community who need your support, so please buy a poppy.

It’s a simple way to show our gratitude for the service and sacrifice of our military.”

Islanders are being encouraged to donate by scanning the QR codes on the Poppy Appeal tins, making payments a lot easier, and online here.

The Lieutenant Governor has thanked islanders for supporting the Royal British Legion.

"Remembrance Sunday is the culmination each year of a short period in which we can reflect on the needs of those who have volunteered to defend our lives, our society and our freedoms, but now find that they are in need of some help themselves.

Many of you will have given generously over the last 2 weeks to support the work of the RBL and for that, I am very grateful. Equally, I would like to thank all the volunteers and organisers who have spent hours collecting on the street corners, in shops, in places of work and in schools; Thank you for giving of your precious time. Thank you also to those who have helped run the RBL shop in town; without your commitment and time, the collection would not have been anywhere near as successful. And Finally, I would like to thank you, the people of Jersey for giving so generously to support our veterans, the ex-soldiers, sailors and air force personnel who live here in Jersey and to enable the RBL to deliver vital and critical support to our veterans.

On Sunday when we stop to remember, let us also give thanks for the life that the veterans and those who did not come home have entrusted into our hands; that future, for which our veterans fought, is in the hands of all of us."