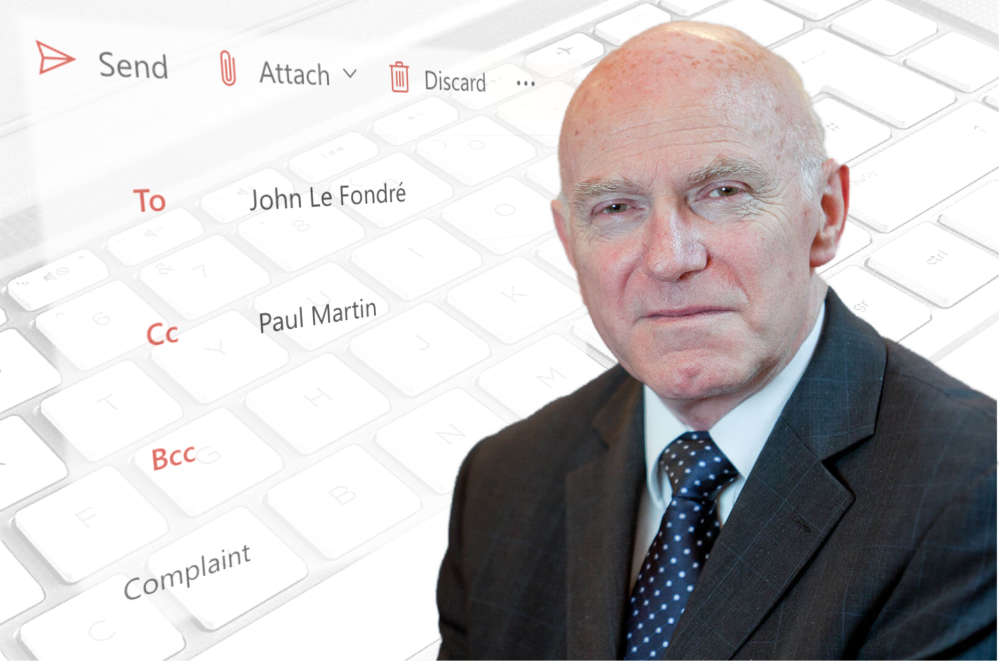 Deputy Mike Higgins has been asked to apologise after mistakenly emailing a confidential complaint about a States employee to the wrong Paul Martin.

The St Helier politician meant to send a copy of the message to the then-Interim States CEO but emailed a different civil servant with the same name instead.

At a meeting of the First Tower Community Association on Wednesday 29 September, Deputy Higgins is said to have publicly announced he was lodging a complaint against the Principal Youth Officer and two other officers in the Youth Service.

States Members are supposed to keep complaints against civil servants confidential unless they believe disclosing them would be in the public interest. In that case, they have to inform the employee before making any announcement.

Mark Capern complained to the Commissioner for Standards.

In his report, the Commissioner deliberately doesn't go into the nature of Deputy Higgins' complaint against the youth workers - saying they are 'irrelevant to [his] investigation'.

Deputy Higgins admits that he intended to email his complaint to the Chief Minister, Senator John Le Fondré, with copies sent to a number of additional recipients - including one accidentally sent to a Customs Officer called Paul Martin, rather than the acting CEO.

But he says he never referred to Mr Capern by name during the First Tower Community Association meeting, only using official job titles instead.

Mr Kernaghan says even in that case, Deputy Higgins should not have made the complaint public without first discussing it with the relevant employee.

"I am satisfied beyond any doubt that no one in the meeting was unaware that a complaint had been lodged against Mr Capern and that that knowledge partly arose from Deputy Higgins’ contribution to the discussion...

...Deputy Higgins may well feel that he was justified in disclosing the existence of his complaint in that public forum. However, such a disclosure, even using job titles, requires the Member to ‘inform the parties to the procedure before doing so".

Mr Kernaghan added that it should be up to the Privileges and Procedures Committee to decide what sanctions, if any, Deputy Higgins should face.

PPC has accepted the Commissioner's findings, including asking the Deputy to write an apology letter.

"The Committee concurs with the Commissioner’s suggestion that Deputy Higgins should write a personal letter of apology to Mr. Capern and has formally requested the Deputy to do so. Aside from the letter of apology, the Committee does not recommend any further action is necessary in relation to this matter."

PPC is reminding States Members 'to be vigilant' when sending out sensitive emails, as well as making sure they are only sent to those who have a legitimate reason to receive it.