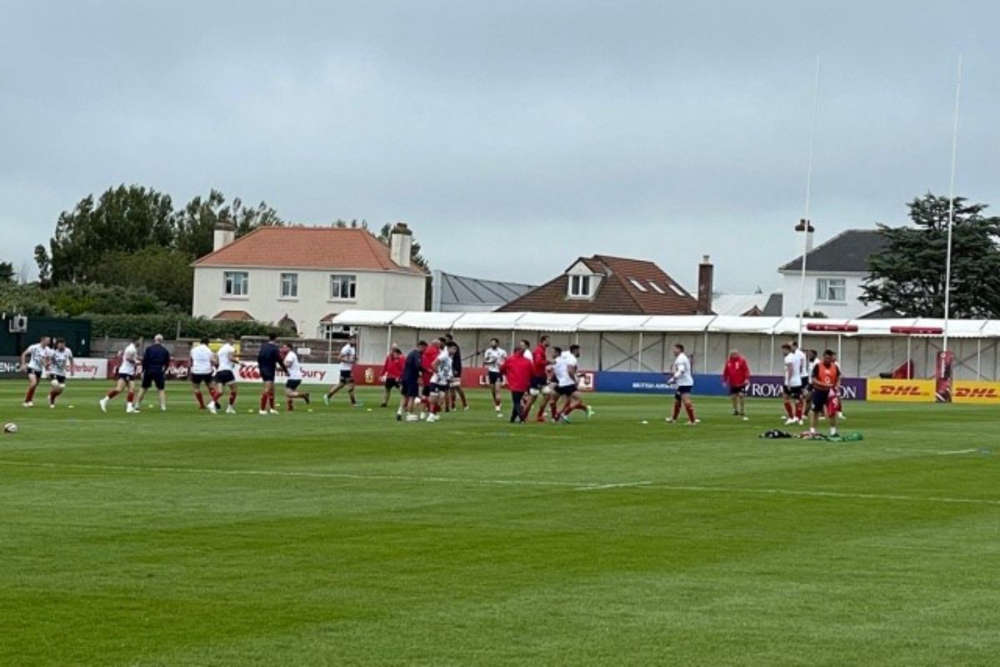 The England team, like the British and Irish Lions earlier this year, will train at the Stade Santander International

The England rugby union squad is in Jersey for a five-day training camp.

It's so Eddie Jones' side can prepare for the autumn internationals at Twickenham next month against Tonga, Australia, and South Africa.

Speaking before making the trip, Jones said the island would be the 'ideal spot' to prepare.

"We've got a really good camp planned for Jersey, we'll maximise our training time and then we've got a great week against Tonga and we'll prepare well for Tonga and then we'll worry about the other two sides after that."

The players and staff will use facilities at Jersey Reds and the neighbouring Strive high-performance centre.

Reds' Director of Rugby, Harvey Biljon, says them coming over is pretty special.

"The fact that we're definitely on the map in the rugby world is so exciting and hopefully we can take as much from it, that it continues to improve and increase everything around rugby on the island.

"This is elite rugby at the top of the game and if there's anything we can learn and if it can excite and enthuse anything around the game, it will just be brilliant for us and the island."

Former Jersey Reds loanee Nic Dolly is among the contingent.

Fully vaccinated members of the squad don't have to isolate.

We're delighted to welcome @EnglandRugby and their coach Eddie Jones to #JerseyCI for a five day training camp ahead of the highly-anticipated autumn internationals at Twickenham 🏉Wishing the team a fabulous stay on island and a successful week of training 🙌 pic.twitter.com/zerdM9diCq