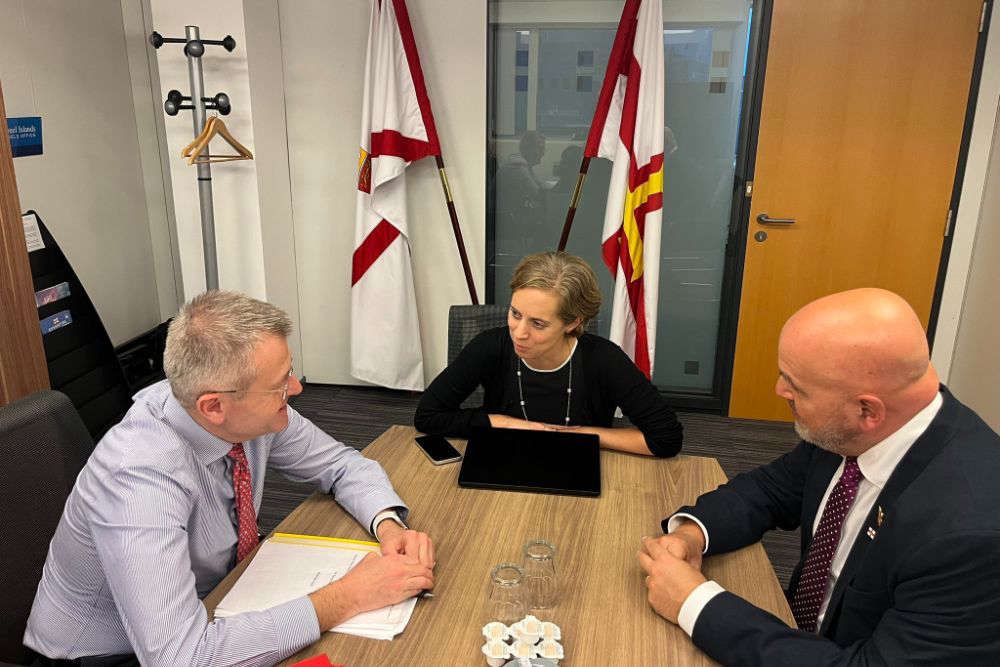 The External Relations Ministers of both Jersey and Guernsey have met EU ambassadors in Brussels for the first time since March 2020.

Jersey's Deputy Philip Ozouf and Guensey's Deputy Jonathan Le Tocq have been in Brussels this week.

A main topic of conversation was the ongoing Russian invasion of Ukraine and how the continent and the islands can continue support the Ukrainians.

Deputy Ozouf says he has been heartened  by the strong unanimous support shown to the people of Ukraine by the EU.

"Jersey clearly has an important role now and into the future in standing side-by-side with Ukraine”.

As COP27 continues in Egypt, officials spoke about how they can join together to battle the climate crisis.

"We were pleased to continue engagement on financial services and focus on areas such as sustainable finance and addressing climate change alongside European stakeholders with whom we share our heritage.” - Deputy Le Tocq

Fishing was also a key topic for the meetings, following the dispute and subsequent negotiations in 2021 over licensing terms.

Depuy Ozouf says face-to-face meetings give an opportunity to explain the value of the islands to the EU.

"Continued engagement with European partners and institutions can ensure Jersey is better understood. This matters so much for future jobs and growth in the Island, and I look forward to positively following-up on the range of topics including fishing, market access, digital and trade-in-services."

‘It was a pleasure to meet again with representatives in Brussels, the first time that we have been able to do so in person after two years of restricted travel as a result of the pandemic.

This is an essential part of our valued engagement with EU partners, supporting our longstanding good neighbour policy as we continue to work with the EU institutions on various matters."