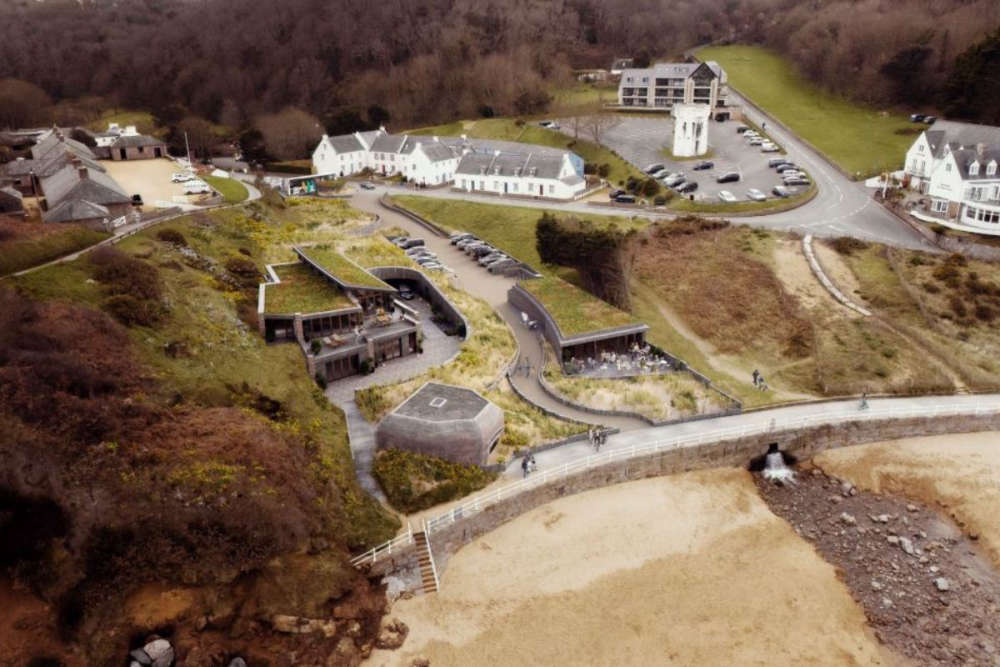 Plans to demolish a beachfront cafe at Greve de Lecq, replace it with a smaller one, and create a four-bedroom home have been approved.

The Planning Committee has given the nod to the redevelopment, which includes restoring duneland and a German bunker.

Much of the car park will be lost.

The applicant described the existing buildings as 'tired and outdated, and the current cafe and restaurant as 'oversized' and 'lacking in ambience'.

Concerns were raised about the loss of parking spaces through written submissions, including from the Infrastructure Department who said it could lead to illegal on-road parking.

In response, De Montfort Developments said it was always a privately-owned car park for the use of the cafe's patrons - and the general public had no automatic right to use it.

Despite that, the application was recommended for approval by the Planning Officer.

"Across the development as a whole, the application will deliver significant reductions in built footprint, building floor space and visual impact, and there will be significant amounts of increased natural landscaping with the establishment of a new dunescape environment.

Architecturally, the new buildings will be far more sympathetic in design and appearance given the sensitive coastal setting.

The proposed development will deliver significant improvements to public, sustainable transport infrastructure - with enhanced facilities for bus users, cyclists, and pedestrians (including those with mobility impairments).

Indeed, the application provides an opportunity to secure those improvements for the public good in perpetuity, through the mechanism of a planning obligation agreement.

This will result in an overall benefit for the general public, when compared to the loss of a private car park, and the department is content to support the application on that basis."

It was approved by five of the six Planning Committee members. Deputy Steve Luce was the only member to object.

"This is taking a prime site on a beauty spot on our coastline which can currently be enjoyed by all islanders, and allowing it to be taken over by what will inevitably be a rich tax exile, with previously nothing to do with Jersey, for their exclusive use."