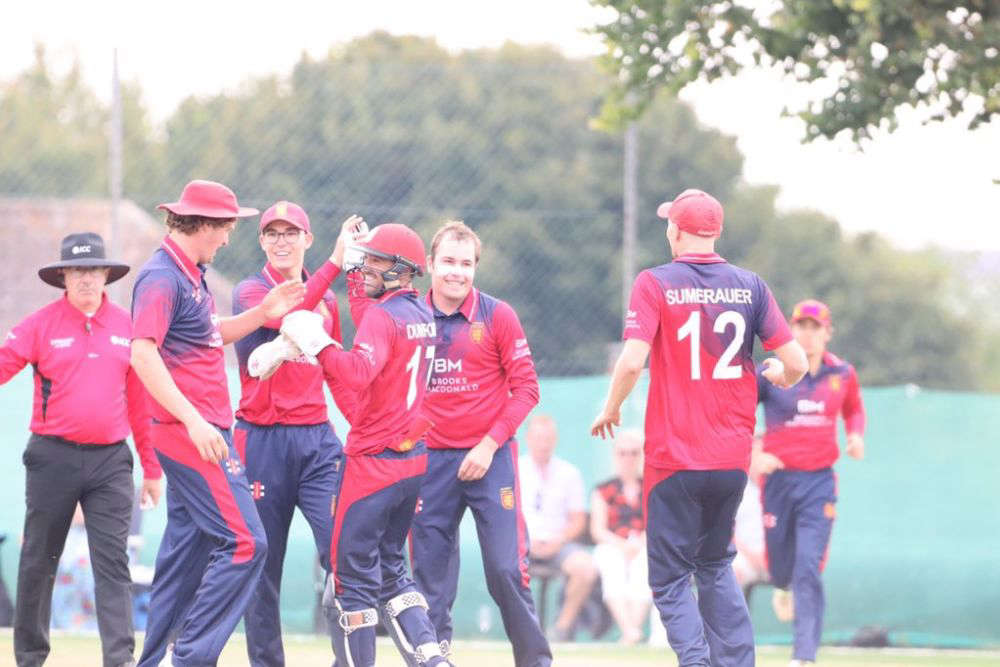 Jersey's cricketers are champions of ICC Challenge League B.

Despite defeat to Kenya on the final day of the tournament, Jersey topped the table.

It keeps alive the Reds' dream of qualifying for the 2023 Cricket World Cup in India.

JERSEY ARE CHALLENGE LEAGUE B CHAMPIONS! 🏆

Despite a final day defeat to Kenya, we are crowned as champions of @ICC CLB.

He says his players are ready.

"When you've got a young squad which is so hungry, talented and has such passion to represent Jersey anything is possible and the Island should be very proud of them"

They will meet the bottom four finishers of the CWC League TWO and the winner of the other Challenge League group.

Jersey were bowled out for 172 in their final game at Grainville on Sunday (14 August), but earlier victories over Bermuda, Italy, Uganda and Hong Kong put them in a commanding position.

Neil says bringing the trophy home at home was a great way to end the tournament.

"In tight moments, and this week has really tested us, the crowd did make the difference and to be able to win the trophy in front of our own supporters was perfect."

Congratulations to all involved! And even more exciting times ahead 🇯🇪🏏 https://t.co/EpsNWdAn8z

After 3 tournaments over 3 years in #Oman 🇴🇲, #Uganda 🇺🇬and for the 2.5 weeks in #JerseyCI 🇯🇪 has ensured @cricketinjersey is impressively upgraded and now firmly on the world cricket map @ICC