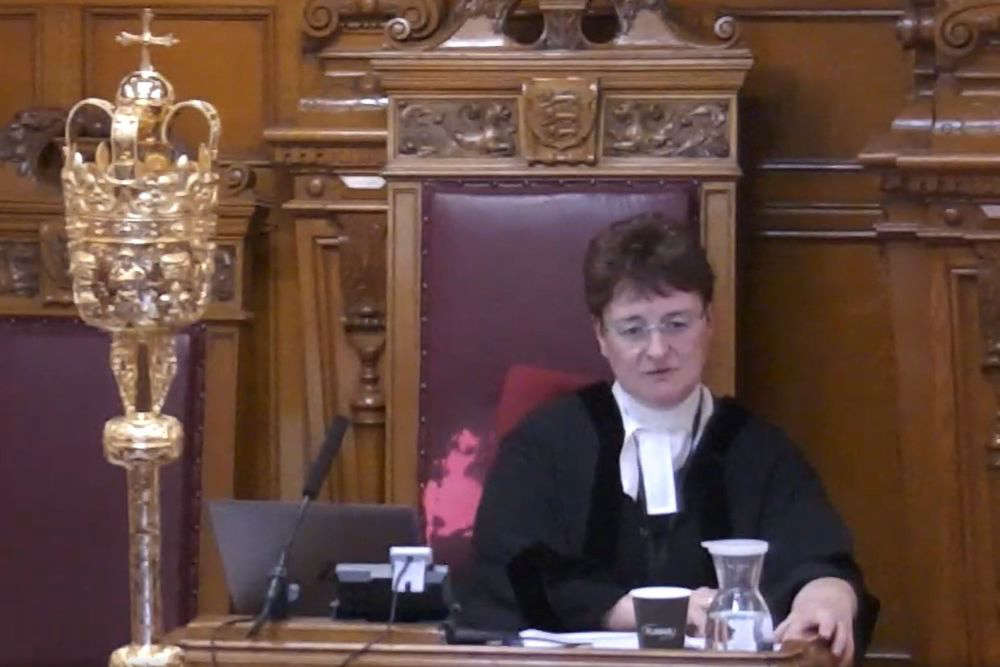 Lisa Hart has been appointed as the new Greffier of the States of Jersey.

She was sworn in on Friday morning after being unanimously confirmed by States Members following an in-camera debate in the Assembly on Thursday.

Mrs Hart is only the second woman to hold the position after Mary Newcombe in 2000.

The Greffier is responsible for the day-to-day running of the States Assembly, including presiding over States sittings.

Lisa has worked in the States for more than 30 years, most recently serving as the Deputy Greffier since 2014.

"I'm incredibly proud to be appointed as the new Greffier of the States and feel privileged to lead the States Greffe, working with such a dedicated and fantastic team.

I am very grateful to members for endorsing my appointment and I hope that under my leadership, the Greffe will continue to be regarded as an authoritative and trusted source for advice and guidance on all States Assembly matters by Members, the Government, colleagues across the wider States organisation and of course by the public of Jersey." -Lisa Hart, Greffier of the States