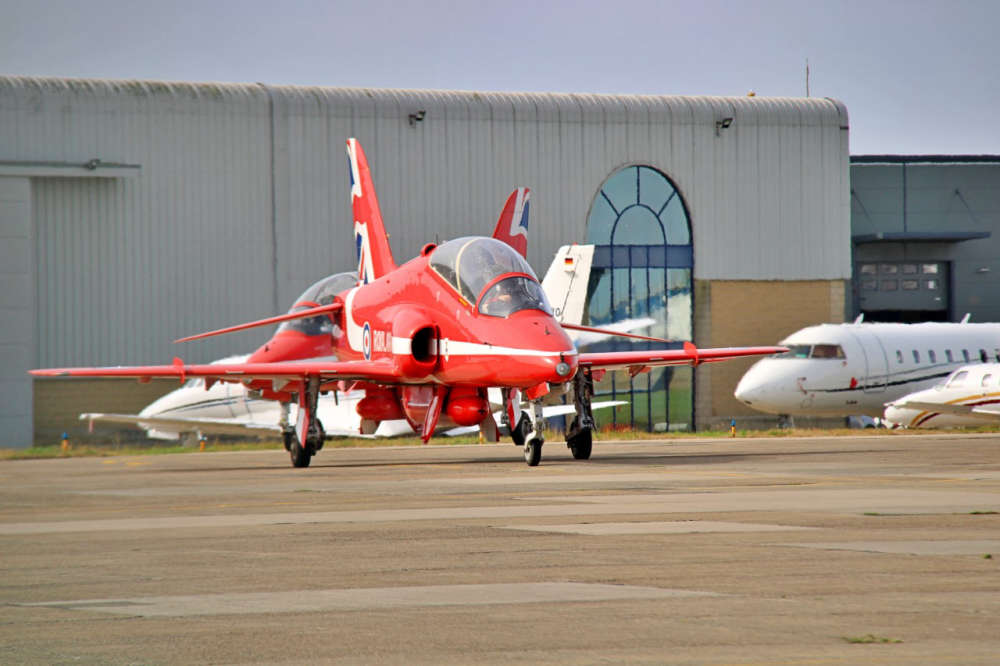 Islanders and organisers have fingers crossed that we'll have our eyes to the skies for the Jersey International Air Display.

Richard Maine, who heads up Jersey's Air Traffic Control, is hopeful the weather won't cause too much disruption.

"The aircraft can't be flying in low cloud or when it's foggy. If the weather gets below the pilots' minimum they just won't be able to display.

A lot of these showers are passing through quickly, so hopefully if there is any delay it will only be relatively short."

The popular event is due to return to St Aubin's Bay. It was called off in 2020 due to the pandemic but returned last September.

It's back again for 2022, albeit scaled down.  Higher fuel prices and less funding means fewer aircraft on the line-up.

The has also been no-static display this year, and there is no official programme nor food stalls in the display arena.

Here are some of the arrivals today at @JERairport for #JIAD22 pic.twitter.com/WcQ2qHux0z

Cockpit footage of the #RedArrows arriving into Channel Islands airspace, and overhead #Alderney, today before landing at @JERairport. Always a wonderful reception in the Channel Islands and great to be back for @gsyairdisplay and @JerseyAirshow.#Guernsey #Jersey #JIAD2022 pic.twitter.com/mqpayHI5Og

The climax of the show is a display by the RAF Red Arrows, who arrived in the island on Wednesday.

Squadron Leader John Bond says the weather will be the 'biggest challenge'  because of the length of the airport runway.

"We don't cancel things lightly so we'll be assessing the weather right up until take off but unfortunately we can't land here when the runway is wet."

The world famous display team is known for it impressive stunts,  but sharp turns and loop the loops create intense G-forces.

"We're all experienced pilots, all with 1500 hours of flying under our belt. We also have yearly training on how to protect ourselves against G.

Lots of practice and training help us counter the effects." 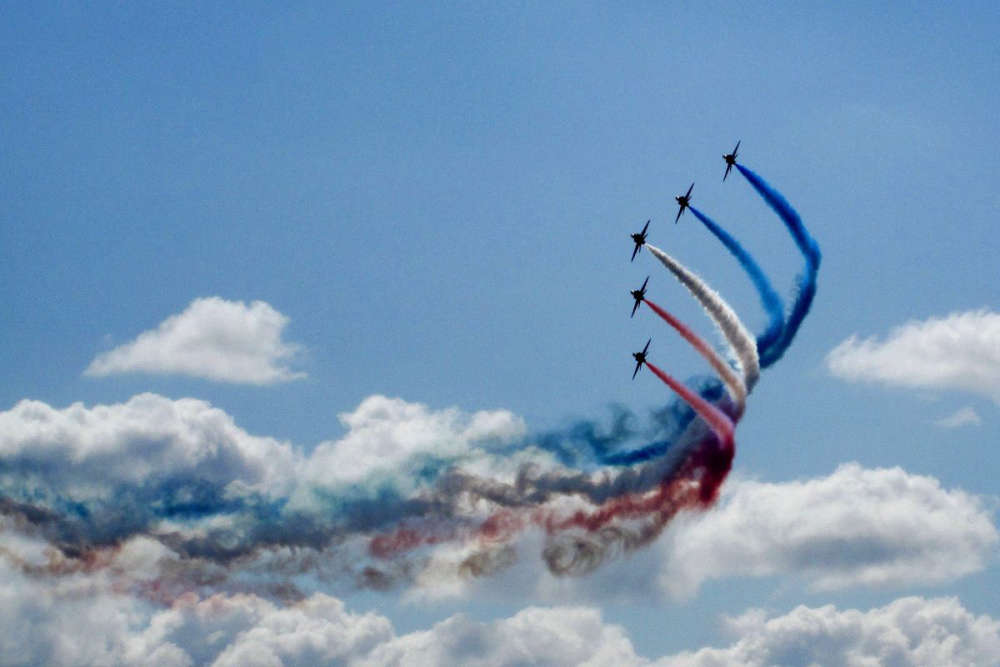 Along with the turns and spins the planes fly very close together, a difficult task for both the pilots and the staff in the airport's control tower.

"The only way you can keep them safe is treat them as one. Instead of speaking to all the aircraft - which would be almost impossible- you treat it as if you're controlling one aircraft and speak to the leader of the flight." - Richard Maine, Air Traffic Controller.

From the pilots perspective it's all about team work.

"Even during the rigorous selection process, teamwork is essential. And then we have the whole of winter training to get to know each other - we fly 3 times a day, 5 days a week every week.

One of the key things to success with the Red Arrows is being honest about the mistakes we make and work on those."

Jersey's International Air Display gets underway above St Aubins' Bay at 1.40pm with the S260 kicking off proceedings.

A Catalina and Mustang are also due to make appearances before the Red Arrows are due close the show just after 4.20pm.

There have already been some late changes, with the RAF Chinook and the Battle of Britain Memorial flight withdrawn.

The display timetable is subject to changes because of the weather. You can find the latest version here.

Wondering what is happening along the avenue today - check out the Road Closures and Parking Arrangements...#JIAD22 pic.twitter.com/jRfEkNjVfs