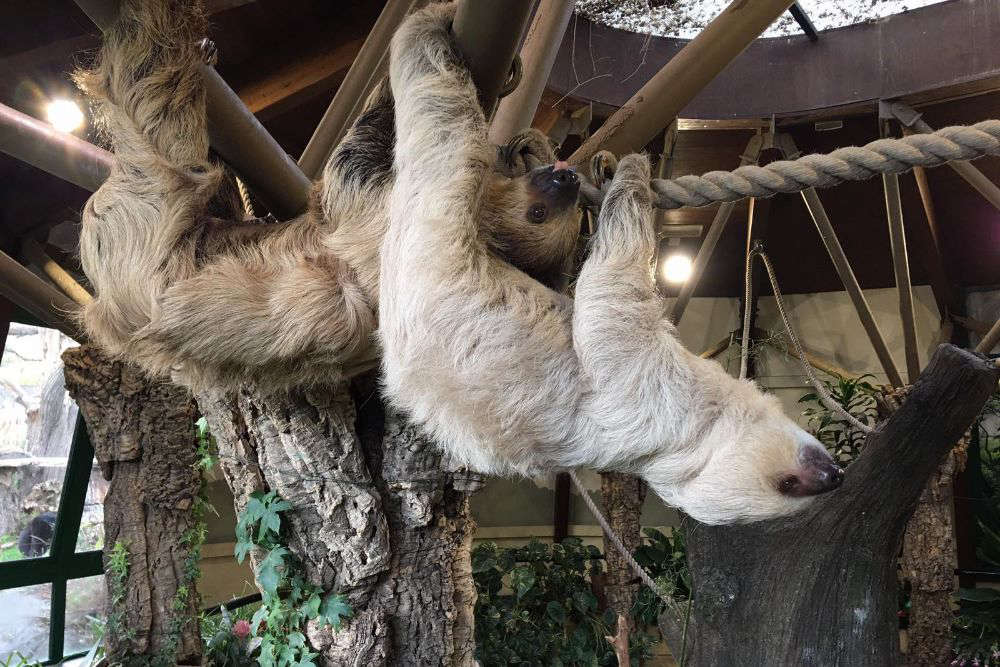 The pair have moved into the Cloud Forest at the Trinity wildlife park.

The Linne's two-toes sloths are residing alongside the Andean bears, howler monkeys and bush dogs.

Native to South America, Linne’s two-toed sloths live in lowland tropical forests and spend almost all their time in the trees.

They can spend up to 15 hours a day sleeping, and the rest of the time eating!

Rio has moved from Bristol Zoo and Terry from ZSL London Zoo.

They pair have come to the island as part of the European Breeding Programme.  It is hoped they will breed.

“We’re really excited to have sloths here at Jersey Zoo for the first time and know our visitors will love them too.

Rio and Terry arrived on 20 October and have spent the last few weeks getting used to each other, their new enclosure and their new keepers.

Their enclosure has been designed to give visitors an immersive view into the lives of our sloths, as well as allowing the sloths to move around without the need to touch the floor as they would do in the wild.

We hope the sloths and our guests will enjoy being transported to the rainforest and learn a little about our conservation projects in Brazil.” - Graeme Dick, Durrell’s Director of Zoo Operations.

🦥 Rio is from recently closed Bristol Zoo and Terry joins us from ZSL London Zoo.

☁️ Come and meet these leisurely tree-dwellers in the Cloud Forest! pic.twitter.com/N3kdurwymh