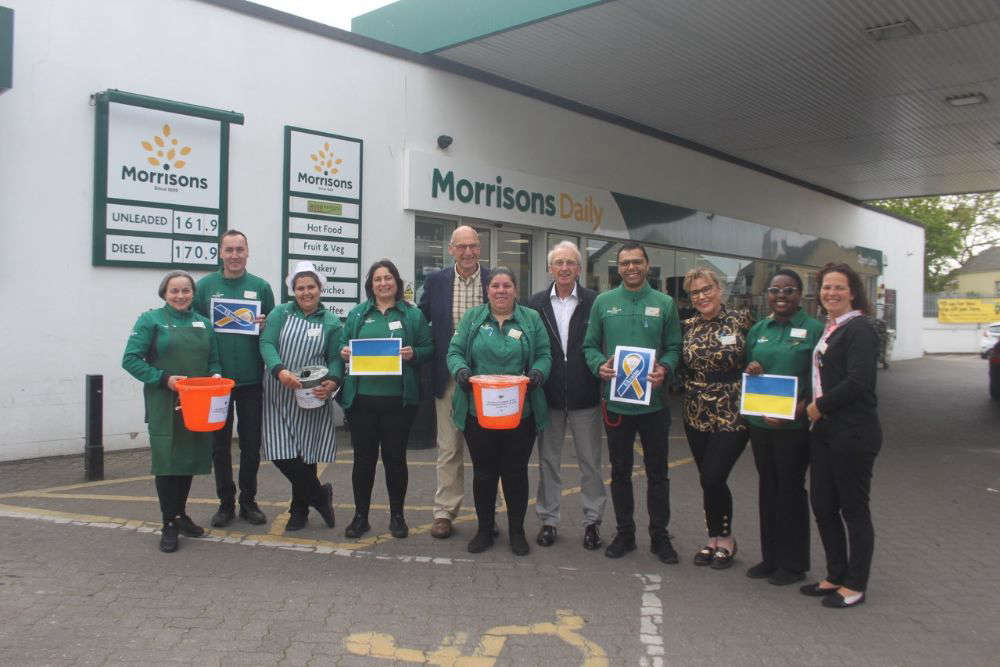 Sandpiper donated £15,700 from its shops around Jersey.

More than £100,000 has been donated to Jersey's Ukraine Appeal by a local family.

They wish to remain anonymous, but Jersey Side By Side - which organised the collection - says they hope publicising the donation will encourage others to give generously if they are able to.

It brings the total amount raised by the Bailiff's Appeal to more than £750,000.

Michel Le Troquer, the chairman of the charity, tells Channel 103 that money is already being spent where it's needed most:

"The money isn't being stored up. It's actually being sent to charities on the ground in Ukraine as and when the Bailiff's Appeal is receiving it.

Also this week, the Sandpiper donated £15,700 to the appeal. It was collected from its shops around Jersey.

Every donation to Jersey Side By Side of £50 or more is eligible for tax relief, meaning every £1 donated by islanders can be worth £1.25 to the appeal. That has meant an extra £60,000 has been raised so far.