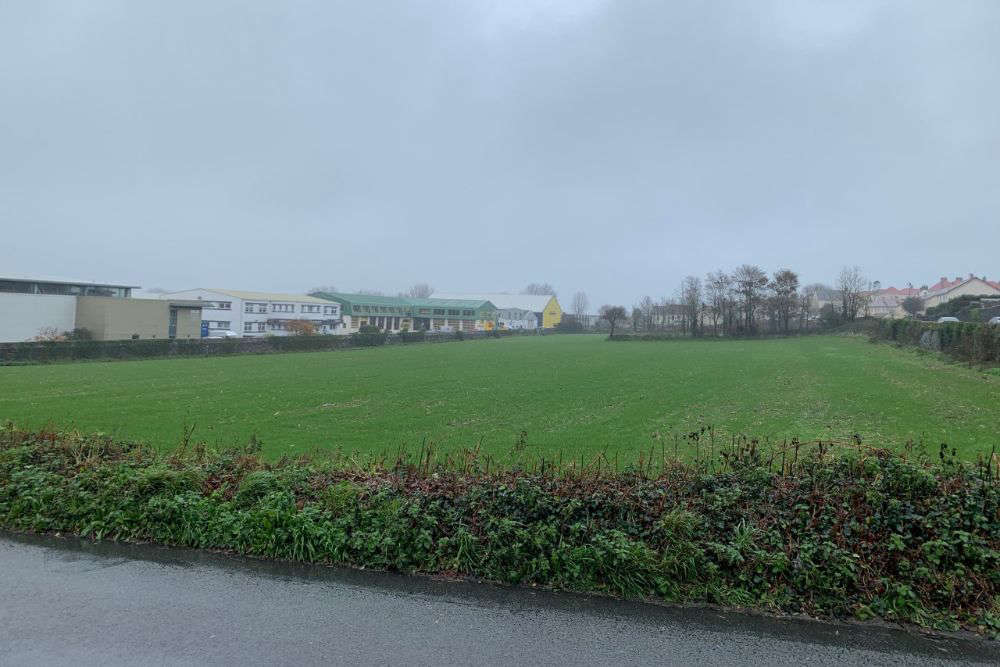 Residents in the north of St Peter Port have formed the Pitronnerie Protection Group to oppose the development of nearby fields.

The group has met with States deputies and with parish officials to express their concerns about the proposed housing development on a large agricultural field between Le Vrangue and Pitronnerie Road.

PPG members say they are worried about the loss of a valuable, natural amenity and the consequences of replacing fields and trees with a 'dense development' of an estimated 48 to 88 houses.

Spokesperson for the group, Lucy Cave says they have questions about the draft development framework for the site that has just been published:

"From our viewpoint there are a number of issues. The biggest one is why the States is considering developing a green field site rather than brown field sites. Behind Rue Thomas, on the Island Development Plan there is already demarcated a housing allocation. So, from 2016 that was earmarked and it's a huge expanse of space, and once the College of Further Education has moved from there then that would become housing allocation. But why are we not seeing a draft development framework for that space?"

Members have also expressed concerns about the impact the proposed development would have on traffic congestion in the area.

Lucy says Pitronnerie Road and Les Vrangue are already major thoroughfares for commuters travelling into town, and the development of the campus at Les Ozouets will increase traffic further:

"The main access road to the campus will be along Les Vrangue. The traffic is already extremely congested and the situation will get worse once everything is moved to Les Ozouets. When you look at the forward-planning, that is where many of our concerns come into play."

PPG members say they are also worried about flooding in the area once trees, bushes and root systems have been removed and replaced by non-porous paving and drive ways.

"It feels like anywhere in that main centre area and the outer area in St Peter Port where there is space, we are just grabbing at any green fields rather than looking at alternative spaces and brown field sites."

In response, the President of the Development & Planning Authority, Deputy Victoria Oliver says the site in question is approximately 1.6 hectares or 9.9 vergées and includes 2 landowners.

"The Authority was approached by one of the landowners to bring forward a Development Framework. Work began on preparing a draft document in 2018 but was stopped following a decision by the Authority to prioritise resources towards allocated sites first.  The landowners were informed that this site would not be a priority, however they were free to work on preparing a document at their own risk. The landowner’s agent submitted a draft document for consideration in June of this year. In light of the housing crisis, the Authority deemed it appropriate to commit resources to completing this work and to bring forward the draft Development Framework."

Deputy Oliver says, while nobody likes to see green fields disappear, because this site is within the Main Centre Outer area it is not designated or protected and so is suitable, in principle, for housing development through the Island Development Plan.

“Sites such as that at Pitronnerie Road will play an important role in helping to address the Island’s pressing housing needs. A number of proposals for development of brownfield sites are also being brought forward at the present time and States’ assets are being actively considered for development where appropriate.”