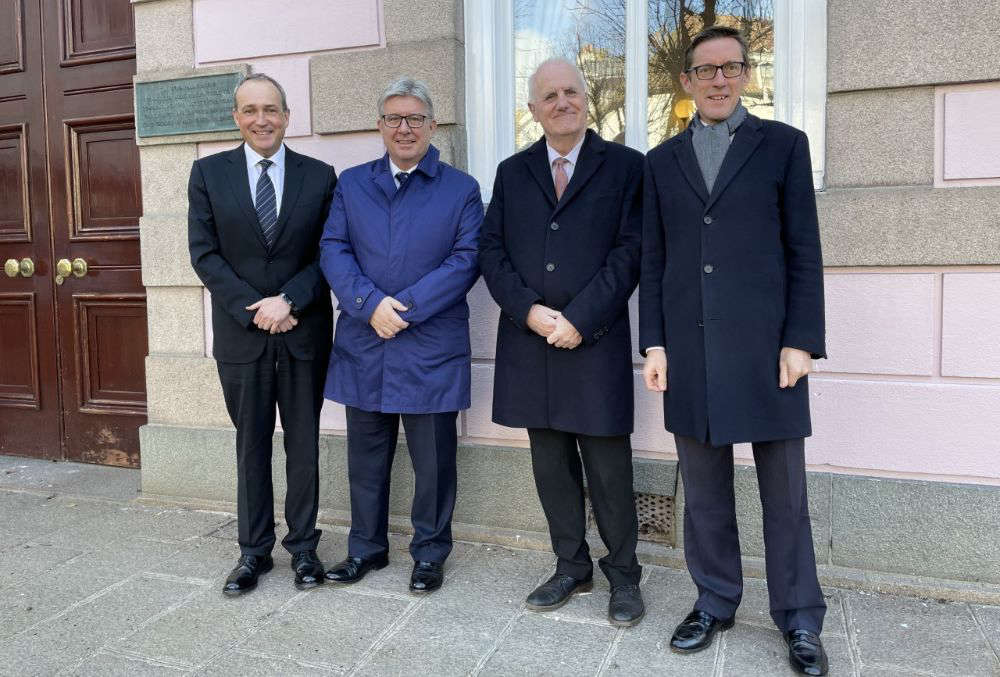 Government leaders from Jersey and Guernsey have met for talks - including on the future of the islands' sea links and buying a ferry.

Senior politicians from both islands met in Jersey to discuss a 'range of issues' including sea transport links.

It comes as Guernsey's government revealed last month that it is actively negotiating with Condor to buy a new passenger ferry to improve services.

"Improving the resilience and reliability of our sea links is a key priority for Jersey so a potential addition to the fleet is welcome.

We have been working closely with Guernsey in recent months to explore all options available to deliver a reliable year-round service for islanders. While Guernsey's announcement yesterday was unexpected, discussions remain ongoing and we will continue working together to find the best solution for the islands." - Senator Farnham, quoted in mid-January.

A Jersey government spokesperson said they had 'a positive discussion and are committed to taking a joint approach to the islands’ sea links over the longer term'.

It's unclear whether that means Jersey will get on board with buying a vessel. Senator Farnham has reportedly said the government would be prepared to 'consider all options'.

Guernsey's Deputy Mark Helyar told us the meeting has been productive:

" We have been having discussions about connectivity generally, including the options to assist Condor to invest in new infrastructure.  A very helpful meeting... very friendly.

I can't go into too much details as there are obviously sensitive commercial issues, but it has been a very productive day."

Condor boss John Napton has previously confirmed the joint venture with Guernsey 'for the collaborative purchase of a vessel'.

He has said the ferry firm wants to acquire a second conventional passenger and freight ferry similar to the Commodore Clipper.

It's estimated the cost will be £15-20 million and it's understood two secondhand vessels are in contention.