Jump In A Puddle For Cancer 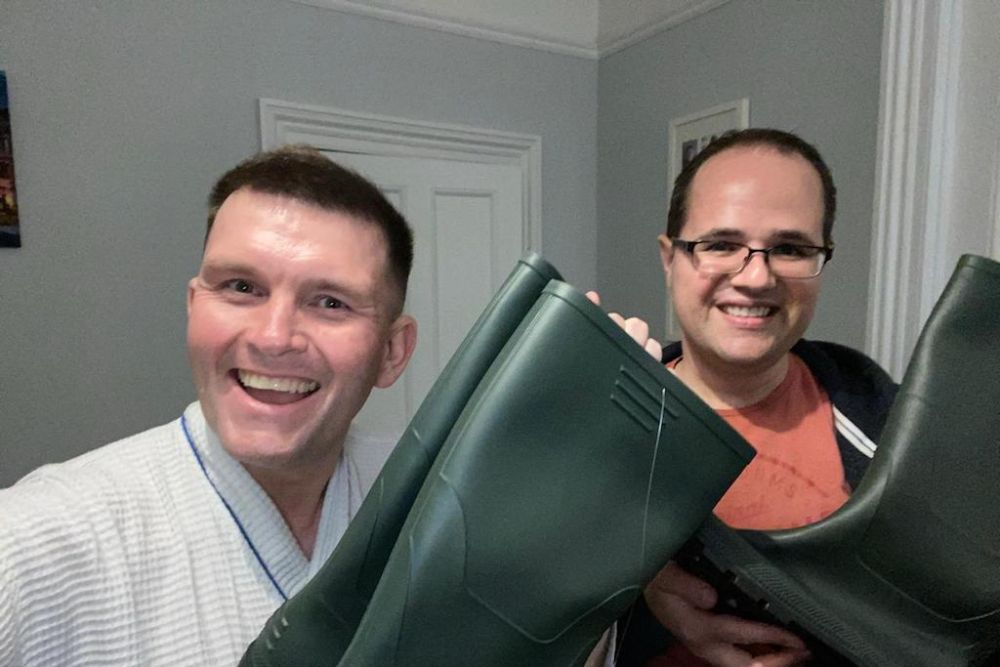 A national fundraising campaign launched has been in Guernsey that aims to raise £1 million for Cancer Research UK.

Jumping In Puddles For Cancer has been founded by Susie Campanella whose close friend, journalist and presenter, Gary Burgess was diagnosed with terminal cancer at the end of last year.

After sending him a pair of wellington boots and a poster of someone jumping in a puddle as a birthday gift, she was touched to see the effect the gesture had on him and she decided to turn a rainy day into a hopeful one for people affected by cancer.

The campaign aims to raise £ 1 million by inviting fundraisers to donate just £1 to jump in a puddle and upload an image onto its dedicated website, which can be shared across social media platforms.

The campaign has already received widespread support from local businesses, such as KPMG in the Channel Islands, and several high-profile islanders, including the Lieutenant-Governor, Vice Admiral Sir Ian Corder.

Susie says: ‘We are so excited to be launching this campaign right here in Guernsey and are overwhelmed by the support we’ve already received from so many people, both on-island and further afield.

‘Cancer devastates so many lives, it goes far beyond me and my lovely friend Gary, and it needs to be stopped. The only way we can do this is to find a cure and new treatments, we hope that these vital funds raised will go some way to doing just that - while also spreading a little fun during such a challenging time.’

Gary Burgess says: ‘Susie’s gift of wellies was a kindness at a tough time which was all about getting outside and reconnecting with nature. To see that gesture turned into this nationwide campaign is just extraordinary.

‘I’ve seen how, in the darkest of times, that act of jumping in a puddle or simply seeing pictures of others doing so has a magical ability to raise a smile. If it can also raise a million pounds for a cause we will all be affected by, either directly or indirectly, then that will be something extra special.

‘I may not have long left in this world, but I still have time to don my wellies, get jumping in puddles, and do my own little bit to support Cancer Research UK. I just hope as many people as possible do likewise.’