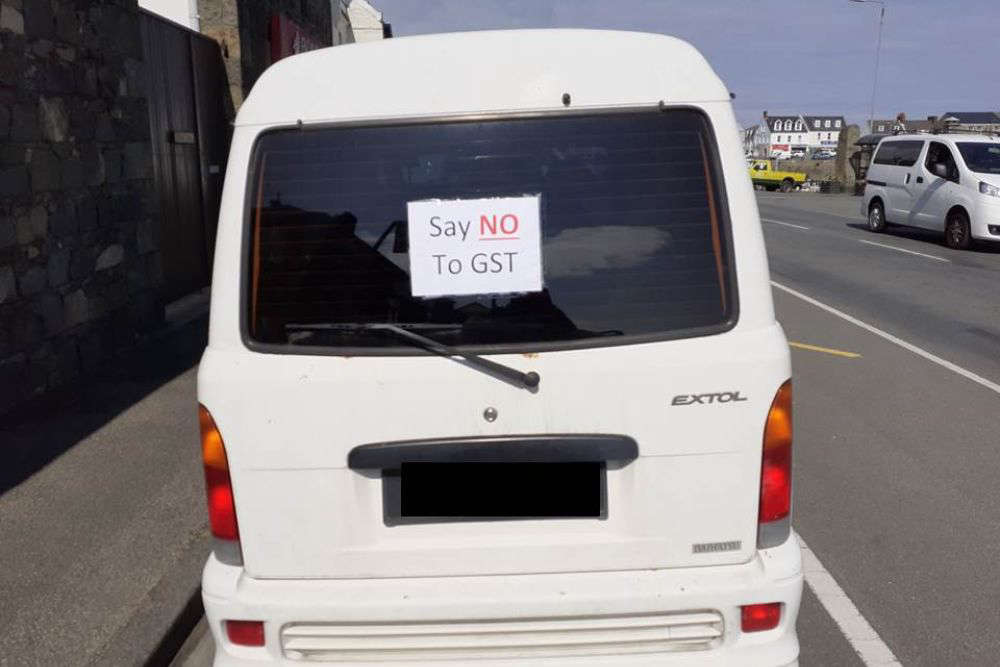 Opposition is growing to the possible introduction of GST in Guernsey

The Policy & Resources Committee has outlined three options to raise tax revenue - one of which is a Goods & Services Tax of up to 8%.

P&R says that Guernsey's population is ageing, with more people on pensions and needing social and health care services.

That is putting increasing pressure on the States' budget.

Projections suggest Guernsey's working population will decrease - with less income tax and social security contributions which fund a significant portion of the costs to run and maintain the public services.

Deputy Mark Helyar says restructuring Guernsey's tax system will have to form part of the solution to ensure the island can keep providing the services our community needs.

He believes the Bailiwick's current tax base is 'unsustainable' and new revenue-raising measures need to be introduced.

A social media group 'Guernsey People Against GST' and a website - nogst.gg - have been set up to campaign against a goods and services tax.

On Facebook, a number of islanders have voiced their opposition to the plans.

Chris says 'GST will be introduced at a low rate, but you can bet it will soon rise and will never ever go down.'

Dan sees GST as 'a brand new tax which is aggressive and counter productive'... while Anne comments that 'the USA through the UK, Russia and China are suffering from the impacts of 2007 and the pandemic and are all looking to recoup.'

A wealth tax has been ruled out, as P&R doesn't want to deter high net worth individuals from moving to the island.

Policy & Resources has been answering questions about the new tax changes on the States of Guernsey website.

The proposals will be debated in the States in late September.