Schools To Teach Women's Safety Through 'BE LADS' 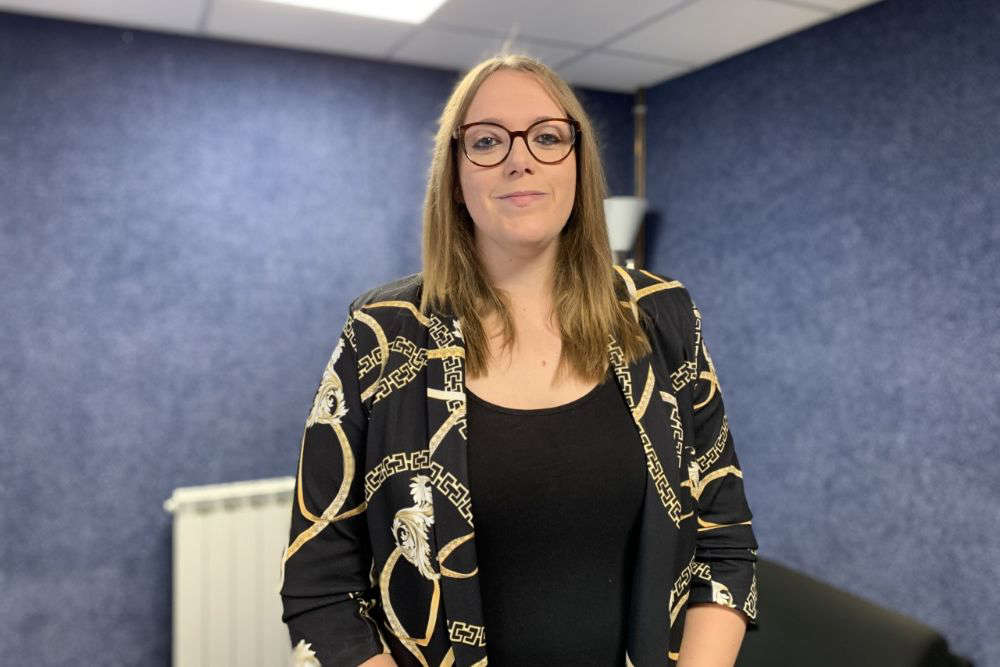 Poppy Murray set up BE LADS and asked teachers to include it in secondary education.

A campaign called BE LADS is being incorporated into social education across Guernsey to teach boys how they can help to keep women and girls safe.

In the wake of the murder of Sarah Everard by a serving police officer in London, many men asked how they could help women feel safer on the streets.

Poppy Murray decided to set up BE LADS in Guernsey as a tool to help people understand what they can do.

B - "Be visible - so make sure that you're seen, you've not got your hood up over your face or hiding in the shadows."

E - "To ease the tension they can try and make a phone call which really helps because if the woman can hear that they are preoccupied on a phone call, they're not talking about her, he's going to be less likely to be a threat."

L - "Look away and don't stare. I think guys know they're not going to hurt us so they don't think at all about the fact they're looking in our direction - they may not even realise they're doing it - but a woman is very conscious if a guy is staring at her because she's wondering if he's going to be a threat."

A - "Be active bystanders. So, if their friends are saying inappropriate comments about women, hassling women - step in and say that's not right and you don't support your friends doing that."

D - "Distance yourself. I've actually had a lot of questions from men on this to ask why women don't just cross over the road, why don't women create that space? I think it's important to note that we are already doing everything we can possibly think to do and it's quite scary even just to move across to the other side of the road because you're thinking 'Oh is he going to follow me?'. If you know you're not going to hurt us, it's not very difficult to move to the other side of the road or just drop back a bit so you're not right behind us."

S - "Suggesting to walk your friends home, but very importantly not women you don't know because that's very intimidating." 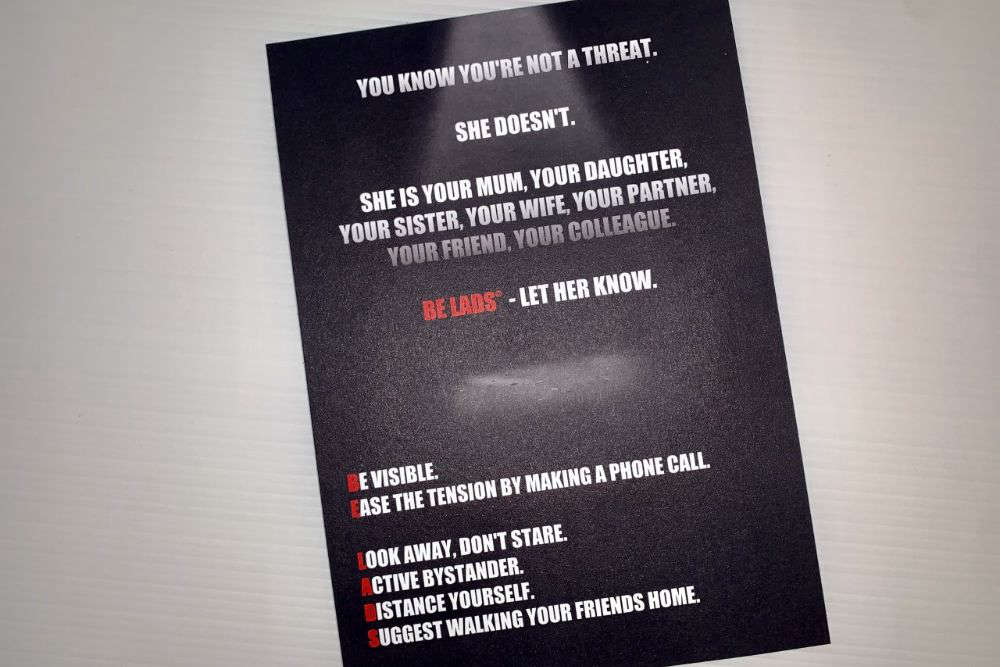 Following the statement from Bailiwick Law Enforcement earlier this week in which Ruari Hardy said 'more needs to be done' to make women and girls safer, Miss Murray told Island FM why she thinks teaching people about night time street safety is important.

"The statistic is that 97% of women will be sexually assaulted at some point in some way in their lifetime. That is a terrifying statistic but I think that's not shocking to women. It has been shocking for men to hear that.

I think Mr Garnet at Elizabeth College gave a fantastic example to the students there. If you're in the ocean and there are 400 types of sharks but only two of them are man-eaters - if you see a fin coming towards you, you're not going to chance it. You're going to get out of the water. That's a good way to try to explain to men that we're not thinking the worst of you, but there's a chance it could be you so we're not going to chance it."

We had a very constructive meeting of our Community Advisory Group (CAG) earlier this week, where a robust discussion about a number of issues relating to Violence and Intimidation against Women and Girls (VIAWG) took place.https://t.co/mRYHR2CbJN pic.twitter.com/8hB2osWuvB

The campaign is going to be included in Year 11 Personal, Social, Health and Citizenship Education in all Guernsey secondary schools.

Miss Murray says that this is the right way to educate teenagers.

"I think 16 is appropriate because it's right before you're about to start going out in the town. There's a really thin line between... we don't want to terrify girls to say that this definitely will happen to you and we also don't want boys to think we're accusing them like 'All of you are going to assault women' - that's not what we're saying, it's actually the exact opposite of that.

It's absolutely crucial that it starts with raising awareness and education. I think younger guys are much more willing to help and realise that it's an issue. Whereas, the reaction that I'm getting from older men - not all of them - is that they don't think that this is a problem on this island. It's because they haven't had that education, they aren't aware that it's an issue."

Teachers have been provided with a suggested lesson plan to help them talk about this issue.

Miss Murray hopes that, eventually, education will create a societal shift where women and girls don't need to be told how to keep themselves safe as they will not face the same issues.