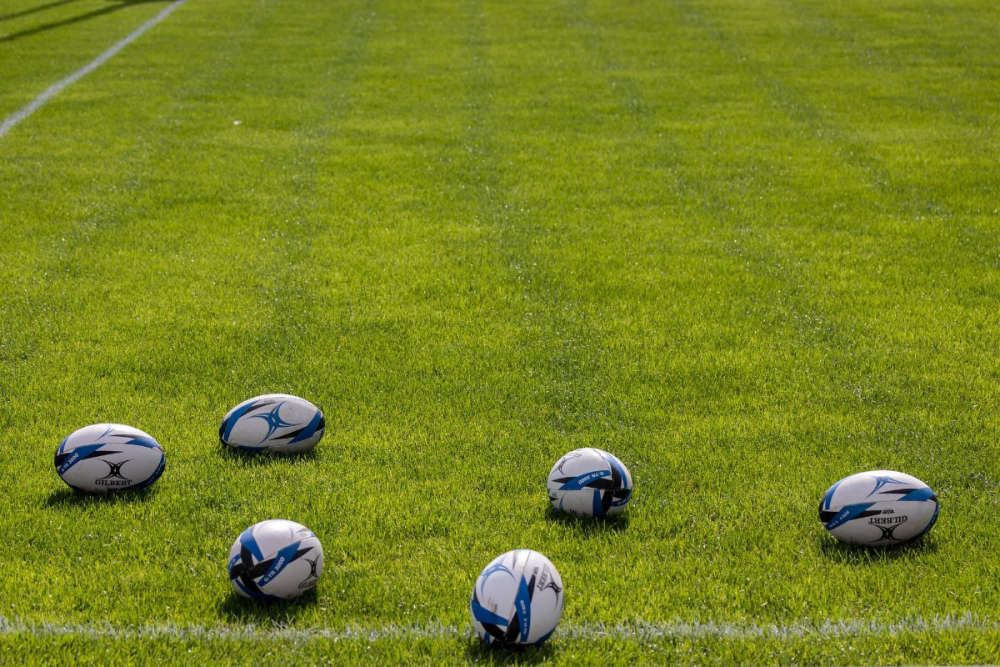 Jersey Reds and Guernsey Raiders go head to head, after a two-year wait, to fight for the Siam Cup.

The two sides will meet for the first time since 2019 at Footes Lane.

Last year's fixtures had to be cancelled because of the coronavirus pandemic.

Today will mark 100 years of games between the two island clubs.

The Siam Cup is the second oldest rugby trophy in the world, with Jersey winning 61 times compared to Guernsey's 16 victories.

"It means a great deal to the island, especially if you’re a local and for those who’ve been here for a while. Ot’s a huge rivalry between the two islands.

"It can’t get any better than this here, it's been a lot more competitive due to the athletics having stepped up to what would be the first team, so it’s been very competitive.

"We know there aren’t going to be many supporters going over due to the cost and times of flights, we know there will be very little Jersey support but we are expecting that, the guys know that and will deal and crack on with it.

"We know it’ll be tough going to Guernsey regardless of the support, we will do our best to win it but if we don’t, we know there are another two games at the end of the season that we can regain it with."

15 Jersey Born players will take to the field tomorrow at Footes Lane in 1 of 3 Siam’s this season.
Doolan, Lane, Ayling & Pretorius are the Pros, all except one having played for the athletic already this season.
Watch the live stream via ITV Channel. pic.twitter.com/iUKXNHm08S

"We've trained really well this week and we can see that the energy is pretty high. It's been two-and-a-half years since we've had the Siam Cup and it's always the pinnacle of sport on the island for us and to have the opportunity to play again is fantastic.

"We've been in the league now for nine weeks and this is a little stop-gap for us. Normally in the Siam Cup you're thinking about it endlessly for weeks and weeks. We've managed to calm the mood slightly but the guys are excited.

"There are obviously a number of disappointed players who aren't able to participate due to injury or selection but we've picked a reasonably strong squad. Regardless of injuries, our motto is that the next man turns up and gets the job done for us."

Reynolds says a win would be exponential for the team and the island.

"This Siam Cup, if we manage to win this then it will be our gift to our community. We know that everybody has had it hard over the last couple of years and we would really like the opportunity to make them proud of us."

There has been some controversy in the lead-up, with Guernsey Raiders upset with Jersey's decision to play four pros.

Eligibility rules state professional players can represent the island if they have lived in Jersey for over three years.

"Guernsey has recruited for the national two campaign which is brilliant, they sort of recruited on the basis of that league and that is paying off for them as they are doing really well.

"There are some others that could have played who have a great deal of experience so I certainly feel like we have found the right balance within the side.

"We will have to be on top of our game to go and get a win because it’ll be an extremely tough trip for us."

The event began annually in 1920 when Lieut-Colonel C H Forty brought the competition to the Channel Islands.

As officers based in Siam with the Durham Light Infantry, fighting alongside them was the son of the King of Siam.

After befriending Forty and fellow officers, the future King instructed the Cup to be made from Ticals (silver Siamese dollars) and given as a gift to symbolise their friendship.

Forty donated the cup to the islands to be annually competed for between Victoria College Jersey and Elizabeth College Guernsey.

The back-to-back games will begin at 11am with the Veterans game, 1pm with the Ladies game and 5pm for the Men's battle.