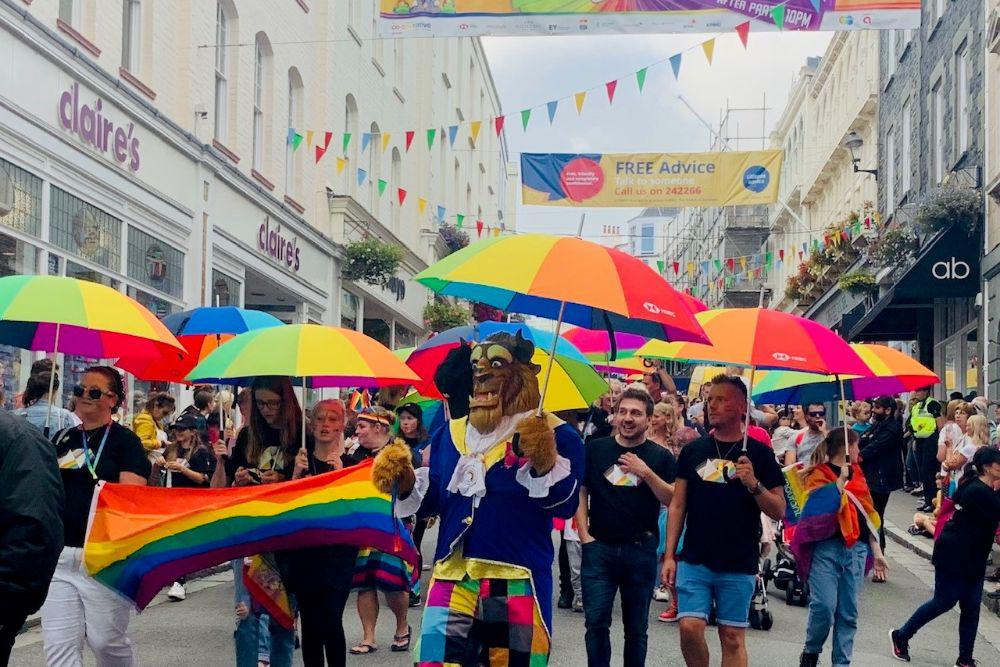 Channel Islands Pride 2020 was held in Guernsey in September, thought to be the only live Pride event in Europe to go ahead

LGBTQ+ charity Liberate is looking to expand the range of services it provides this year for members of the community.

"We're looking into launching a specific LGBT+ autism group because there's a huge correlation especially with regards to LGBT people and neuro diversity, we have a big crossover."

Ellie told Island FM that, providing the local Covid-19 situation remains as it is, there's a raft of events planned for 2021, including its four established calendar events.

"Our first one is a Love is Love soiree round the Valentine's Day weekend, but that also coincides with our seventh birthday. We've got our Camp Out again that we hope to host, camp fire songs, chilled yoga, music, etc. We'll do our now infamous HallowQueen ball and we're looking to do New Year's Eve already."

Plans for Channel Islands Pride this year are still in train despite uncertainty caused by the pandemic.

It's Jersey's turn this year to host the LGBTQ+ event that celebrates diversity and equality in the Channel Islands community. The Isle of Man is also hoping to hold its first Pride event too.

Ellie, who as well as being Chief Executive of Liberate, is also the director of CI Pride Guernsey, told Island FM what the current plan is:

"We'd love to be able to go to the Isle of Man for their first Pride which is supposed to happen in June as an LGBT community - the same with Jersey for Channel Islands Pride. The plan there is, as far as we're aware, to go ahead at the moment, but that's going to be very much dependent on Covid."