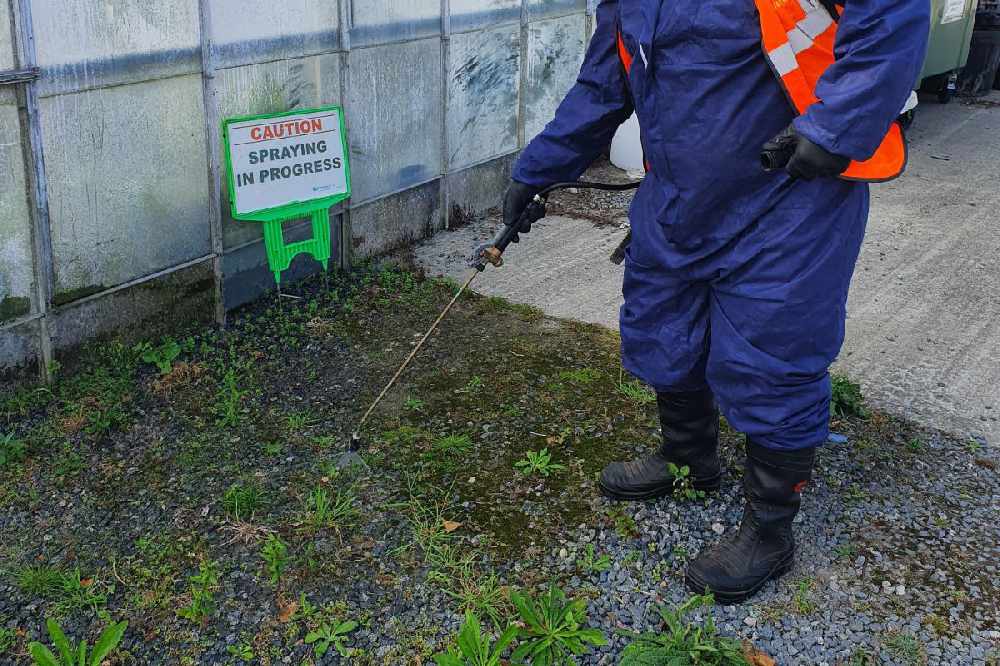 The Pollinator Project says the trialling of alternatives to glyphosate by States Works is 'good news' for the environment.

The award-winning environmental charity is applauding a decision by States Works to test others methods of weed control that do not contain glyphosate.

The States business has committed to phasing out the controversial herbicide by the end of the year.

Among the substances being tried out for effectiveness is acetic acid - the chemical contained in vinegar - which is organic and safer for the environment.  The use of mechanical sweepers and brushes to remove weeds, and hot water and foam are also being investigated.

David Correia, Manager of Land Management at States Works said this week: “Trials are ongoing with the various different alternative methods and some have initially proved more effective than others but we are still very much trialling and monitoring the most suitable and effective method for specific locations.

All of the alternative methods trialled so far have required more time than when using glyphosate, often because more treatments are required to achieve the same desired effect, however they are a lot better for the environment and more sustainable in the longer term.”

Gordon Steele from the Pollinator Project says this is extremely good news for the local environment:

'"We think this is fantastic and definitely the way to be going. States Works started these trials earlier this year I believe. We spoke to them at our Pesticides-Free Forum last year and heard they were very keen and determined to phase out glyphosate, or Round-Up as it is sometimes known, and so they have followed this up by starting these trials and have committed to phasing it out by the end of the year.

Once we have that chemical in the environment it has an impact on weeds, on plants and, through that, on insects. There is scientific research that shows it has a detrimental affect on pollinators, on bees and flies and other pollinators and that is something we campaign against."