Fallaize "Not Surprised" By Election Defeat 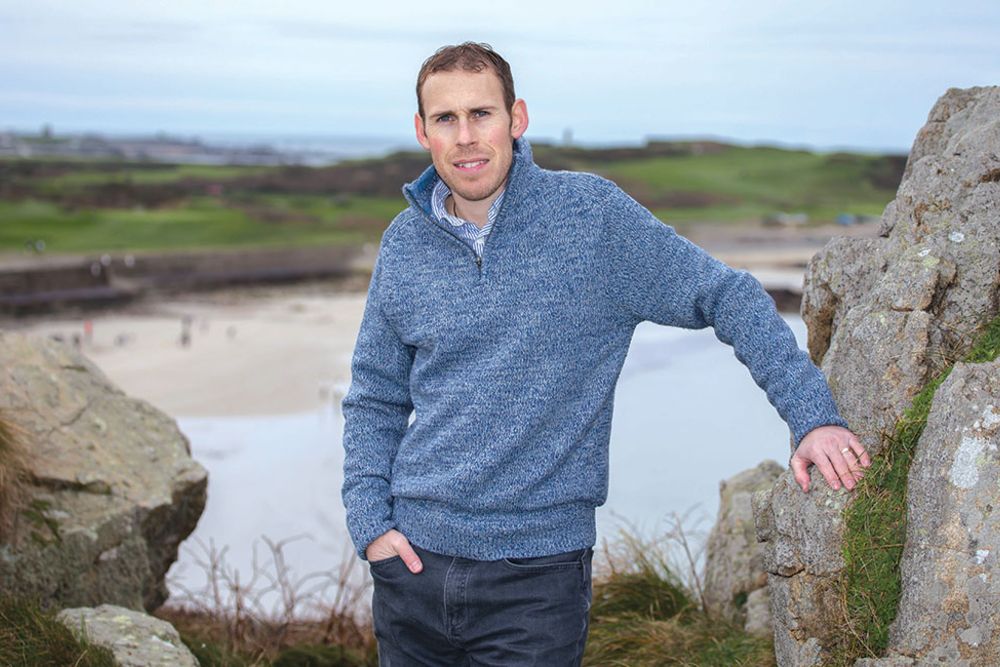 Unseated deputy Matt Fallaize has told Island FM that he’s not surprised that voters decided not to return him to office.

The former president of Education, Sport and Culture failed to make the grade - getting just 3,445 votes.  That was almost half of what was needed to give him one of the 38 available seats.

He says his plans for a two-school model for secondary education is what most likely cost him his seat, which he’d held for 12 years.

"I went into the election campaign knowing that it would be a big challenge to retain my seat, essentially because of the unpopularity of the two-school model which I was associated with more than anyone else.

Canvassing went quite well, I called on about 2,000. I think I probably did as much as I could have done during the campaign, but it wasn’t a surprise to me when the results were declared.”

He says he was aware when he took on the role of ESC president what he was letting himself in for.

“I knew that very few of my predecessors recently have survived it and therefore there was always the risk of me not surviving it at the next election.

I went into it with my eyes wide open, I’m not surprised by the outcome. Obviously, I’m disappointed because I wanted to play a role in the next States.”

He says he regrets developing the two-school model.

“In the end, it didn’t have enough stakeholder support from particularly teachers and the general public and ultimately the States for it to be delivered.

He says he has no regrets about the election campaign.

“I did as much as I thought I could do, I fought a fairly traditional election campaign, I suppose. Posting out manifestos and following that up by calling on as many homes as possible. Maybe I should have made more use of social media and I think candidates who did have perhaps been more successful.

Mr Fallaize wasn’t the only deputy associated with the two school model who failed to secure a return to the House – fellow ESC members Rhian Tooley and Mark Dorey also lost their seats.

“If you look at the members who lost their seats, I think there may have been 10, I think all bar one had been supportive at some point of the two-school model.

There were some candidates who escaped the loss of lots of votes over that issue, not least the first and second in the poll. Gavin (St Pier) and Heidi (Soulsby) had been consistent supporters of the two-school model. Peter Roffey had been a member of our committee. So, it didn’t affect every candidate but certainly most candidates and lesser known candidates.”

When asked if he wished he’s listened earlier to the groundswell of opposition to the two-school model, he had this to say:

“I think there’s a bit of a danger here of revising history and how this all developed. The real strength of opposition became apparent about a year ago. And by that stage this model had already been approved by the States 18 months earlier and had been developed according to the States’ direction.

There’s no question that if the scale of concern, certainly from teachers, had become apparent to us much earlier we simply would have paused the whole thing ourselves and possibly put the transition on a longer timetable, or re-thought the model from scratch.

But it was very difficult to do that once we were well over a year into its development and execution.”

He says he’s known for the past year that he was associated with a model that was unlikely ever to be delivered.  Since the successful requete which called for pause and review of the two-school plans, Mr Fallaize says ESC had been fully committed to the review as directed by the House and has been reviewing different options for proceeding with secondary education.

“The reality is the island is going to end up with a three-school model whoever was elected last week. Because nobody was going to try to revive the two-school model. In fact if I had regained my seat I intended to make that very clear this week but I didn’t feel I could do that in the run-up to the election because I think people would have thought people would have thought it was opportunist and just electioneering.”

He's hopeful that not too much of Education, Sport and Culture’s mandate will change, with the exception of the secondary education model.

“I think our committee got quite a lot right. The development of the Guernsey Institute, the new Education Law which is ready to be published. Changes in assessments and inspections, investment in literacy, and our plan for sport which I think was widely welcomed by the sporting community.

“Clearly I in particular and some others as well paid a heavy electoral price for association with the two school model and whatever happens as part of the review I’m sure the island is going to end up with three secondary schools.”

As for the future, he says he’s going to take a few weeks off before deciding on his next move.

“I’ve got a few projects which I’m thinking of working on. I’m going to watch how the new States unfolds. The next election is five years away which is a lifetime in politics. I have no thoughts about whether I would ever seek to become involved again. I have to respect that the electorate at least don’t want me in the States that is about to start and I wish my successors all the very best in facing the challenges the island needs them to face.”