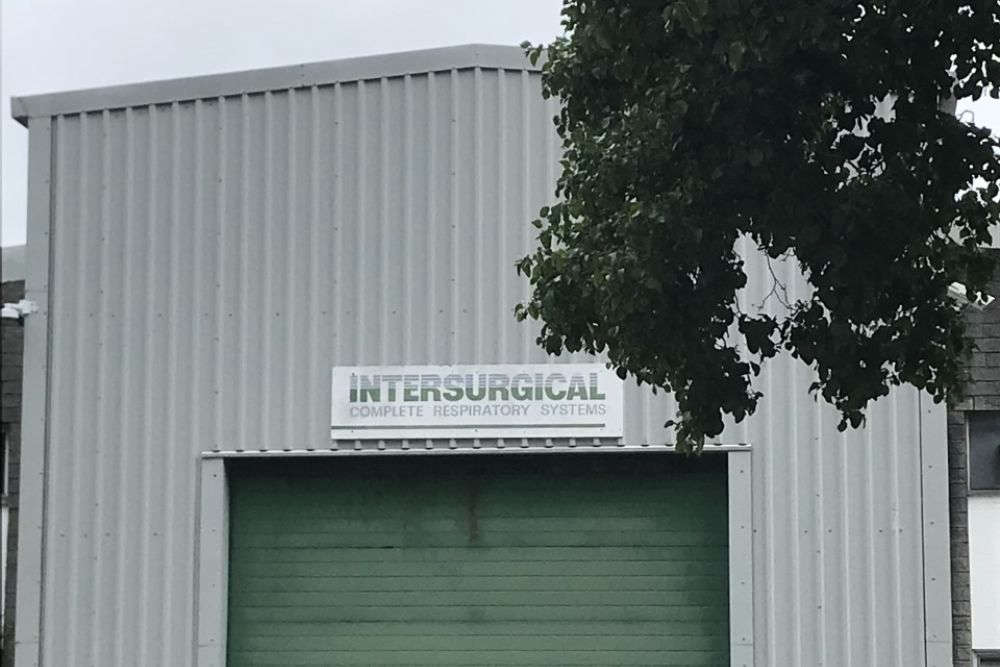 The former HR manager at Intersurgical says she's been overwhelmed by the response from Guernsey firms, since the factory's closure.

Anna Mills says her phone has not stopped beeping with messages:

"I have been inundated with companies offering their assistance.  I am doing all I can to help the employees because I feel that it is my responsibility too, to hope that everybody gets a job."

Anna says she is optimistic:

"They will find something, even to tie them over until they find something they really want.  I don't think there would be any reason for anyone to be out of work."

Around 90 staff were made redundant on Tuesday (4 October)

The medical supplies manufacturer closed its factory on Pitronnerie Road without notice.

".. We thought they may shut it at the end of the year, but we were told it was with immediate effect, so that did cause a lot of emotions.

We have a lot of staff who have been here 20+ years, so this has been their life basically.  To be told it's immediate effect and you're going - it was a huge shock to us."

Group MD Charles Bellm said it has been making continued losses, is uncompetitive and the company could no longer keep subsidising it:

“We recognise that this will come as a heavy blow to our Guernsey workforce, some of whom have been with us for many years. We would like to thank them for the contribution they have made to the business over the years.”

In the 48 hours since, several businesses have made offers to the workers who have been laid-off.

Aurigny encouraged anyone affected to get in touch, saying they would be guaranteed an interview.

Mark Cox, boss of the Channel Islands Co-operative made a similar offer on twitter:

"Terrible for those employees affected, @CI_Coop team have reached out today but if you do know anyone impacted, feel free to put them in touch with me directly or make contact with one of our team in Guernsey. Would like to help if we can."

The Confederation of Guernsey Industry has asked its members to consider offering employment to the Intersurgical staff too.

CGi Chairman Dave Newman said a job board has been set up:

"We have now spoken to our own membership and asked them to make contact with the company directly if they have any vacancies and are able to assist.

We will be posting relevant details up on our website once we have more information and should any former Intersurgical staff experience difficulty obtaining new employment, they can contact us through the website and we will endeavour to assist them in any way we can.

‘While it can be a traumatic and worrying time to lose employment from dialogue with our members there are staff shortages across the board so hopefully this will help former Intersugical employees obtain gainful new employment."

Economic Development has encouraged workers affected by the redundancies to contact the Job Centre if they need help looking for work.

"Many employers in the Island, across a wide range of sectors are recruiting and desperately in need of new, hard-working recruits to help them continue to grow, and we hope that will be of some reassurance to those affected by Intersurgical’s decision."

States data shows 467 jobs were being advertised in the Job Centre in August.