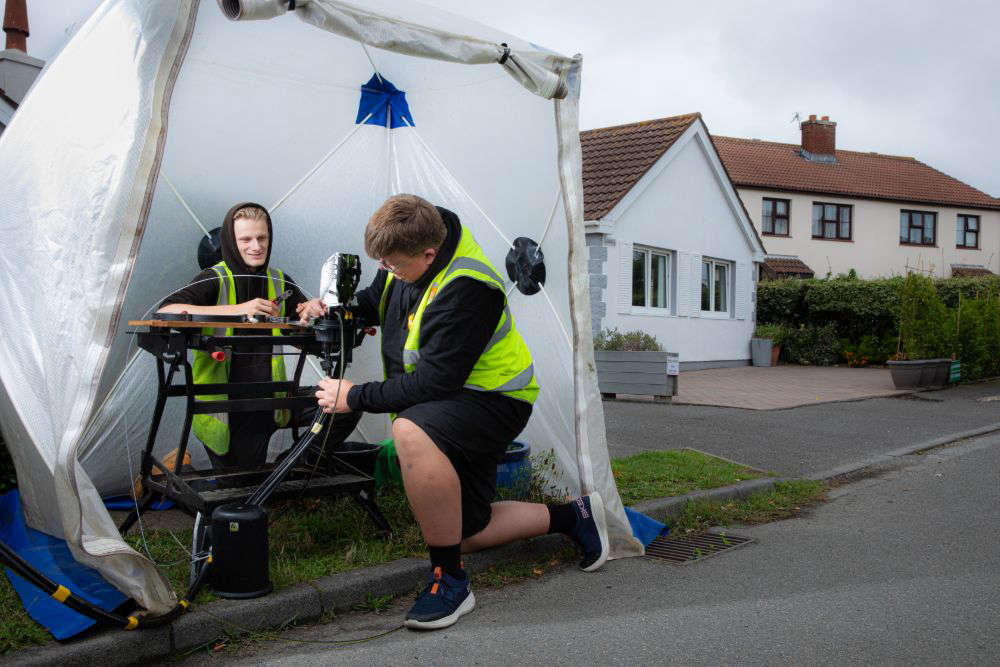 75 homes in Guernsey are now ready to be connected to the new fibre-optic broadband network.

It comes after the Gallie family became the very first to be switched to the network last month.

They told Island FM it had made ' a world of difference'.

As 'work from home if you can' remains the advice from Guernsey's government while a wave of Omicron Covid infection hits the island, many people are facing video calls freezing and WiFi drop-outs.

That won't be the case for these 75 further homes about to join the fibre-optic rollout before the end of this month. 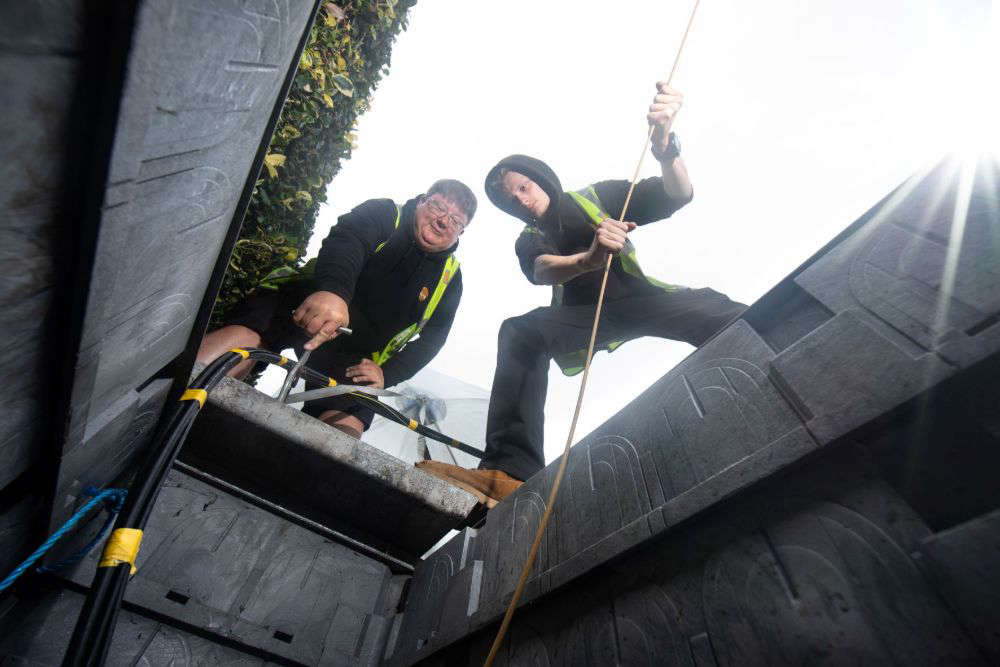 Fibre engineers Harry Cornick and Jon Sowerby at work on the £37.5m project

Sure chief executive in Guernsey Justin Bellinger says the project is going well.

“Progress so far in the planning and testing phases is really encouraging. The engineers have been working hard to get everything in place for the new network and have made great progress in the pilot locations.

That work means that 75 homes are now fibre-ready and can get connected to Guernsey Fibre through their broadband providers ISP of choice.

All of our lives are becoming increasingly digital and internet services are more vital than ever. It feels like a milestone for the project that now 75 homes are ready to be connected to Guernsey Fibre which provides a significant uplift in internet speeds.

Thanks to the investment from the States of Guernsey, fibre will reach every home on the island within five years."

Sure engineers aim to make 700 homes every month fibre-ready until autumn, then thousands by the end of the year.

The government is providing up to £12.5 million towards the new infrastructure, saying it will create jobs and boost the economy.