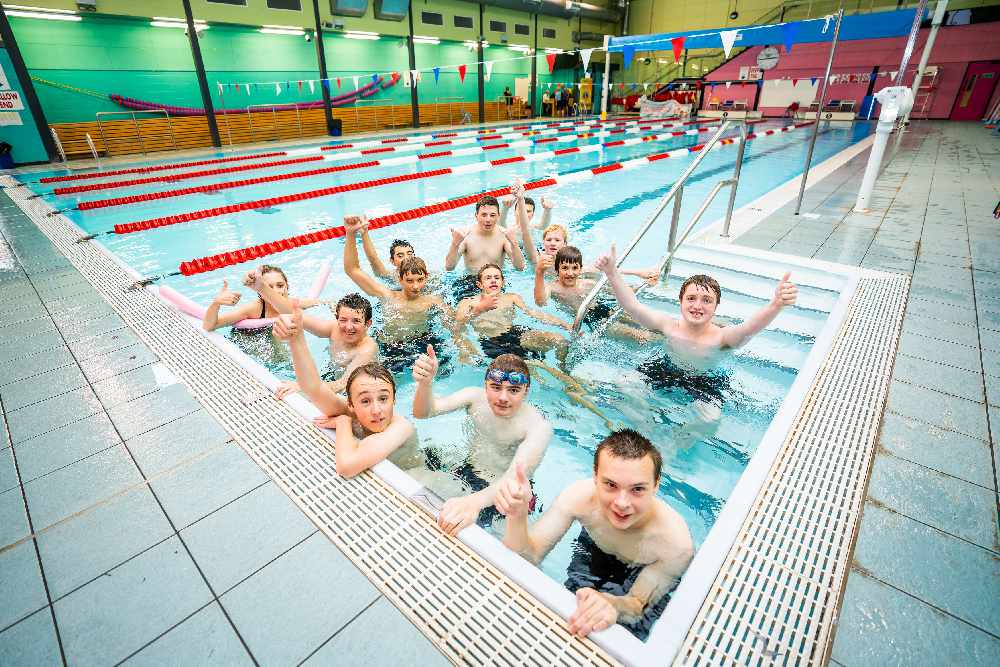 The Skipton Swimarathon came to a close on Sunday raising a record breaking £56,427 for local charities – the highest sum yet.

Over 2,500 swimmers took to the pool at Beau Sejour or as part of the ‘At Large!’ schools programme, helping the event smash its records for participation and monies raised.

Organisers saw a huge increase in the number of students getting behind the event, with over 1250 youngsters participating throughout the five days of swimming.

The event was launched by the Bailiff, Sir Richard Collas on the Wednesday with the His Excellency the Lieutenant-Governor of Guernsey and Lady Corder supporting proceedings on the Friday morning.

“We were blown away by people’s generosity this year. Not only have we exceeded the amount raised from our 30th anniversary celebrations in 2006, but the addition of online donations through Giving.gg means that money continues to be collected following the event. We are hopeful that we may surpass the £60k mark and would ask anyone that has yet to donate to do so through this channel.”

The Cardiac Action Group are this year’s main beneficiary, who set up stand in Beau Sejour’s reception throughout the event to raise awareness of their charity and to teach both participants and passers-by the vital life-saving techniques required should someone suffer a cardiac arrest.

Further charities will also benefit from funds raised, as chosen by the Guernsey Round Table and the Lions Club of Guernsey.