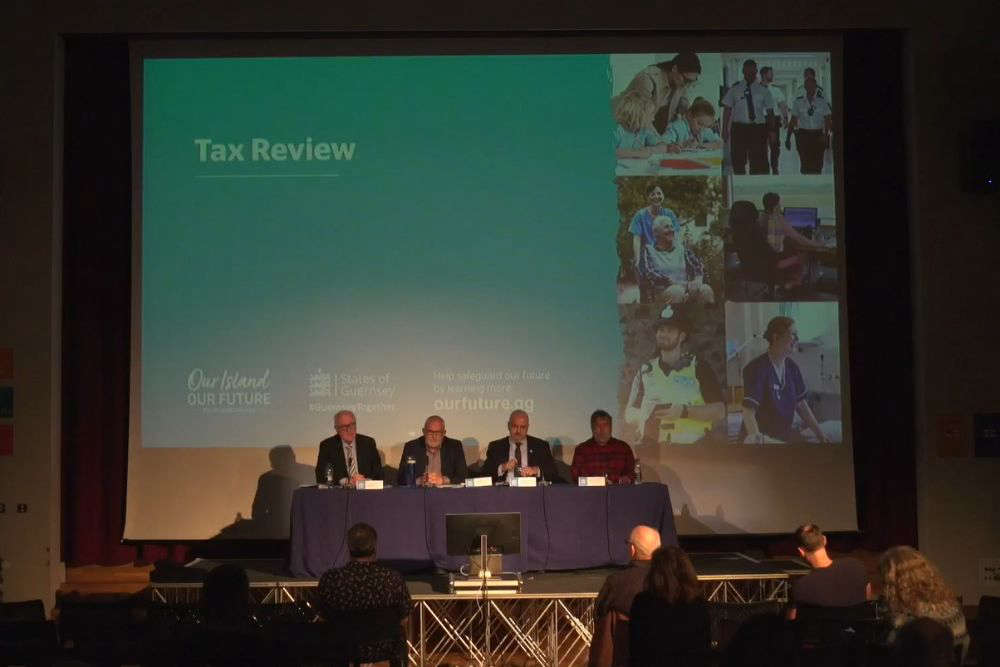 A number of pro and anti GST events are planned over the coming fortnight as tough talking on new tax measures intensifies.

Later this month (25 January), Guernsey's States is due to debate Policy & Resources' proposals for overhauling the bailiwick's tax and social security measures in an effort to raise more revenue.

That includes introducing a 5% Goods and Services Tax.

The changes aim to raise £52m a year and also includes a 15% income tax band for everyone up to £30,000 and a £600 increase in personal allowance as a way of countering the higher costs average-earnings households will face because of the 5% GST.

Deputies will face the public in a number of Q&A sessions.

The government says they will respond to as many questions as possible during the broadcast.

On 14 January, between 10am and noon, there will be a public drop-in at Beau Sejour, where islanders can speak directly to those States Members who have developed the recommendations.

On the evening of 17 January, a public meeting will take place at Beau Sejour, with a panel giving a presentation of the Tax Review proposals and taking questions from the audience in the theatre.  It will be live-streamed on the States of Guernsey Facebook page.

People living in Alderney will have a chance to question deputies directly at a drop-in on 21 January at the Butes Centre.

P&R President Deputy Peter Ferbrache says they want to explain why they have reached the conclusions they have:

“What the States decide in its January debate on the Tax Review will have major consequences for the community for many years to come. But we fully recognise this is a difficult decision and many Islanders have concerns.

The solutions are not simple, and we want to give as much time as possible to answering questions and explaining how we’ve come to these recommendations.”

Meanwhile, deputies Charles Parkinson and Liam McKenna are hosting a public meeting on 16 January opposing GST and suggesting a deeper look at the potential for more corporate taxation.

Say No to GST - the Parkinson/McKenna amendment. There will be a presentation at the St Pierre Park Hotel at 6.00pm on Monday 16 January (until 7.30). Tickets are free but spaces are limited. Book yours on Eventbrite