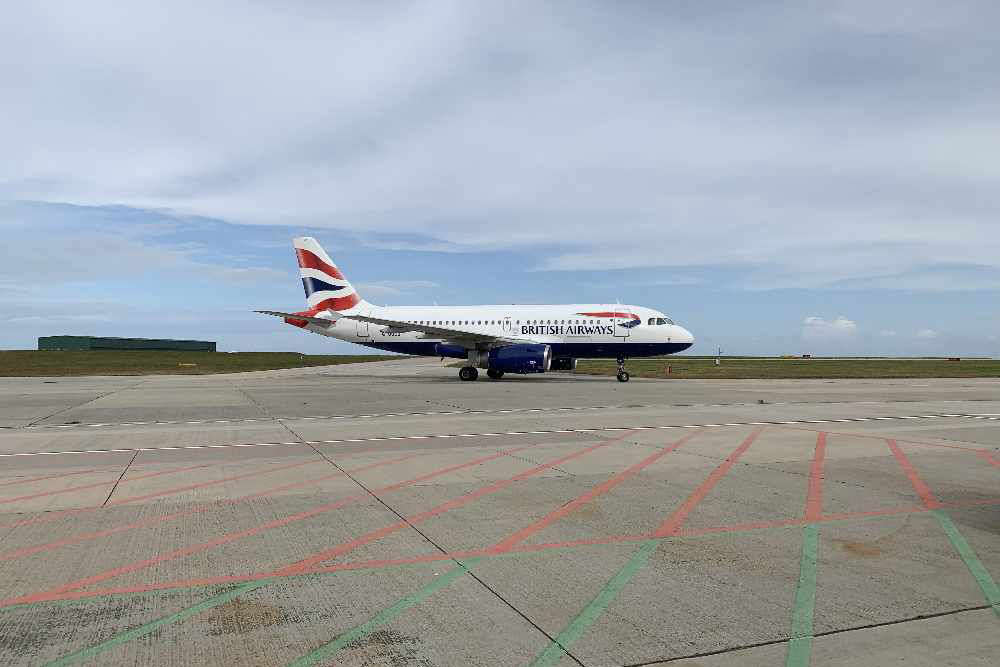 A man is being investigated for breaching airport security by scaling the perimeter fence and getting onto Jersey's runway.

The incident, which happened earlier this month, caused a passenger jet to have to circle until it was safe to land.

Police were called at 4.47pm last Thursday (1 July) and officers arrested a 34 year old man for entering the prohibited airfield.

He was taken to A&E for treatment for superficial injuries sustained whilst climbing the fence, and was later charged and remanded into custody.

A BA flight from Heathrow, with fifty passengers onboard, was forced to circle for 20 minutes until it was given clearance to touch down.

“I can confirm that a person accessed the airfield at Jersey Airport on the afternoon of Thursday 01 July 2021 at approximately 16:50hrs. Access to the airfield was gained by the person scaling the perimeter security fence before making their way onto the runway. The person was first observed in the vicinity of the runway by air traffic control officers and monitored by security on CCTV. Emergency procedures were automatically put in place, including a suspension of flying. The person was approached by emergency service personnel and after receiving first aid treatment for injuries caused due to the forced entry onto the airfield, the person was escorted off site by the States of Jersey Police.

Whilst we cannot comment on the individual person and their intentions, I can confirm that this individual is known to the appropriate authorities.

I would also like to reassure the public that at no time was there any threat or danger to passengers or airport staff and the incident was swiftly brought under control. As a result of this incident I can confirm that an incoming BA flight en-route from London Heathrow was slightly delayed. The aircraft captain had been advised of the ongoing incident and was advised to go into a holding position above Jersey, which he did for approximately 20 minutes.

The safety and security of our airfield, including aircraft, passengers and staff remains our key priority and stringent measures are in place to deal with such incidents.

Due to the sensitivities surrounding the individual involved, Ports of Jersey has no further comment to make”.