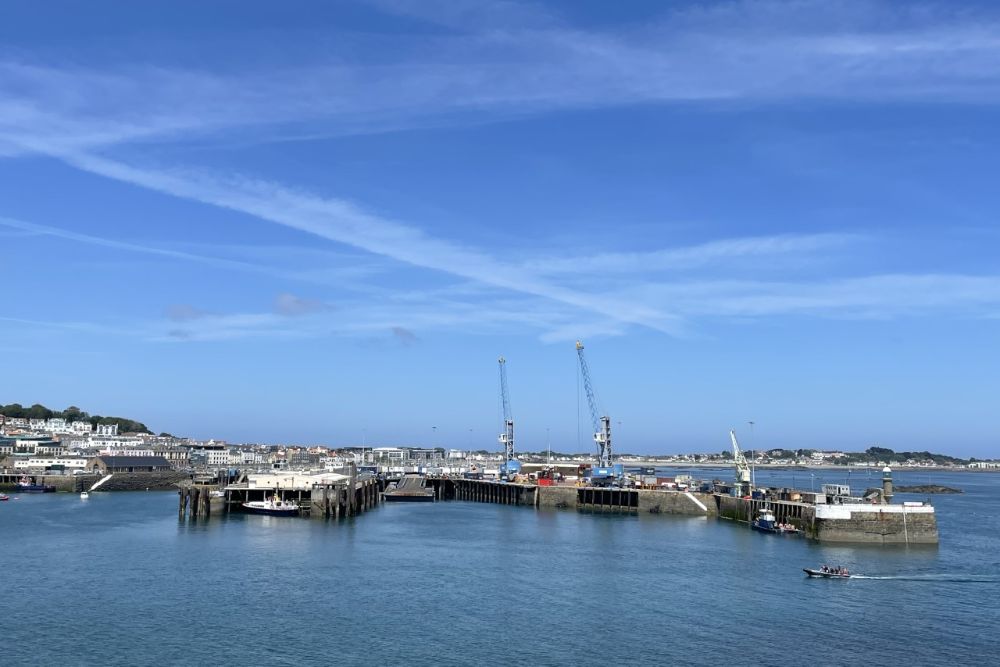 Debate on a number of amendments to STSB's Future Harbour proposals raises temperatures in the Royal Court.

There were angry exchanges in the Royal Court as Guernsey's politicians debated changes to STSB's Future Harbour plans.

Amendment 8 from Deputies Mark Helyar and Peter Ferbrache asked the States to agree to a specialist sub-committee to advise P&R on the Seafront Enhancement scheme.

But STSB president Deputy Peter Roffey was not happy that he was not informed in advance of this move, but Economic Development was:

"I have to say that Deputy Ferbrache was disarmingly honest. He told me it was included in the sursis (a delaying motion) -and let us be realistic it is a sursis - to keep Deputy Inder on board."

"We are heading towards a £360M job. He came into my committee. We had seven members of STSB and a presentation we've seen time and time again. Deputy Roffey's response while introducing the team was 'Thank you very much. Talk amongst yourselves.' as he walked out the door"

Deputy Steve Falla said he was disappointed with the standard of debate so far:

But over lunch Deputy Helyer poured oil on troubled waters and came up with a compromise amendment - seconded by Deputy Roffey - which was supported by the house by 23 votes to 15.

It would see an arm’s length Development and Regeneration Board set up, replacing the Seafront Enhancement sub-committee by the end of the year.

It also asks P&R to return to the States with a timeline for the seafront masterplan, including a ‘Pool Marina’ in St Peter Port, by the end of 2022.

Amendment 8 was then dropped and debate has begun on Amendment 6 from Deputies Brouard and Prow which allows the expansion of St Peter Port harbour into deep water and will be non-tidal for shipping, unlike Longue Hougue South.

Deputy Brouard said the proposal will also give the option to leave spur Bay alone, as reclaim material will be used to help make the new St Peter Port facilities.

It will also allow the natural progression of bulk fuels to switch to ISO containers and, in time - when the tankships reached the end of their life, the opportunity to convert St Sampson's harbour to leisure in approximately 10 years’ time.

He believes it creates an environment for major opportunities in St Peter Port harbour and the surrounding area.