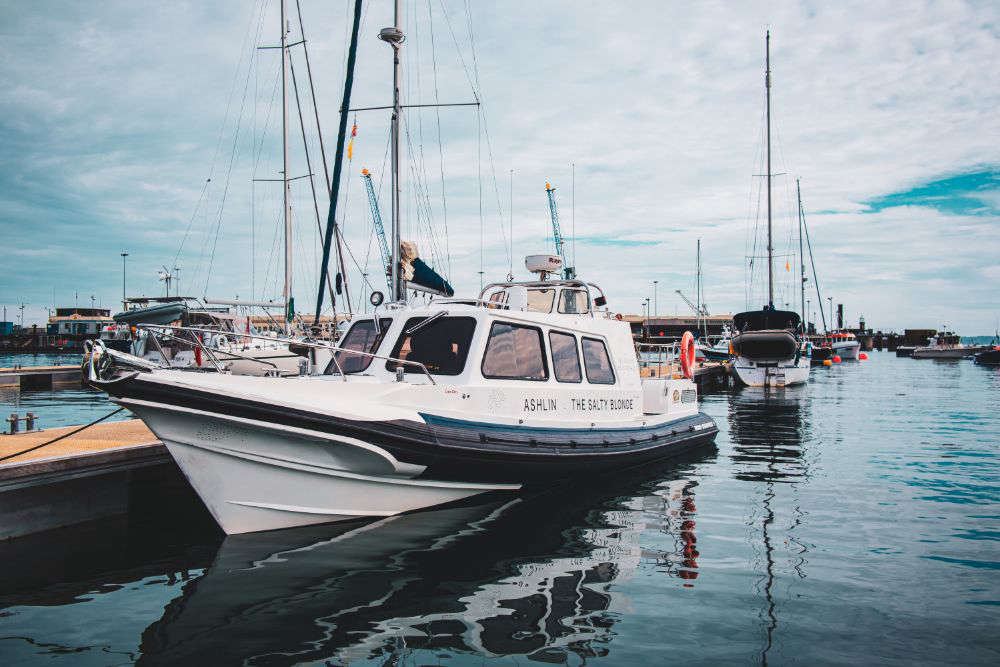 The Salty Blonde Ltd will operate the seasonal ferry service between Guernsey and Alderney.

The company has won the license to operate between the islands in 2022.

Starting today (1 April) it will run a longer service than in previous years, serving the islands through to Christmas.

Alderney's Policy and Finance Committee has approved the company, following a recommendation from the Economic Development Committee.

EDC Chair Annie Burgess says the Salty Blonde has been awarded the subsidy:

“We’re pleased to be able to confirm our support for the ferry service operated by the Salty Blonde Ltd.

Their ability to provide inter-island passenger rotations, not only in the high season but also in the shoulder months through to Christmas, was very important to the EDC.

While the vessel has a slightly smaller capacity than the ferry servicing the route in recent years, the extended season means that the overall service, and its benefits to the Island’s economy and businesses, should be comparable to that operated in previous seasons.”

The new vessel -  a 11 metre Redbay Stormforce - can only seat eight passengers rather than the 12 that travellers have been used to, but the schedule allows for two rotations per day, six times a week.

The possibility of an extra sailing during the height of the season is also being considered.

Tracey Farquhar-Beck, business manager for The Salty Blonde Ltd, says she hope the service will let more people have access to the island.

"We are delighted to work with the States of Alderney to provide a scheduled ferry service, a critical transport link for islanders and visitors alike to and from this beautiful island of Alderney.

As well as providing a service to residents of Alderney, The Salty Blonde will be a key contributor to the local tourism economy, bringing a number of financial and social benefits for all aspects of Alderney's economy."

The Salty Blonde Ltd contract is scheduled to run until 31 December.