Bid To Prioritise Teachers For Vaccination 'Too Little, Too Late'

The NASUWT Jersey negotiating secretary has slammed the government's decision not to prioritise teachers for vaccination at the start of this year.

The union made the request in January, arguing it was in the island's interest to save lives and keep children in school. 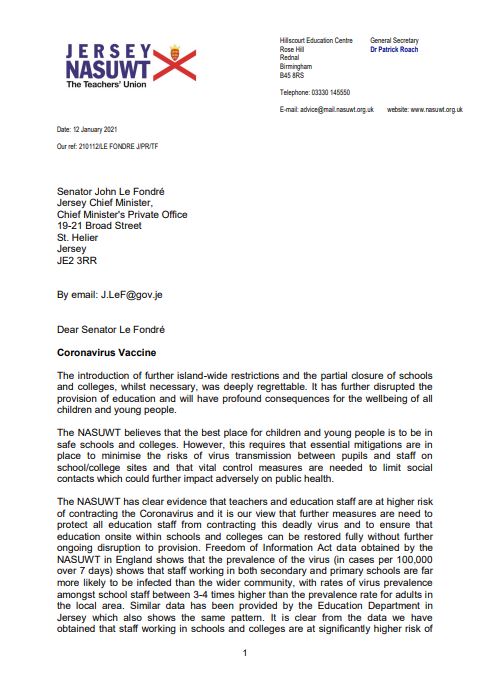 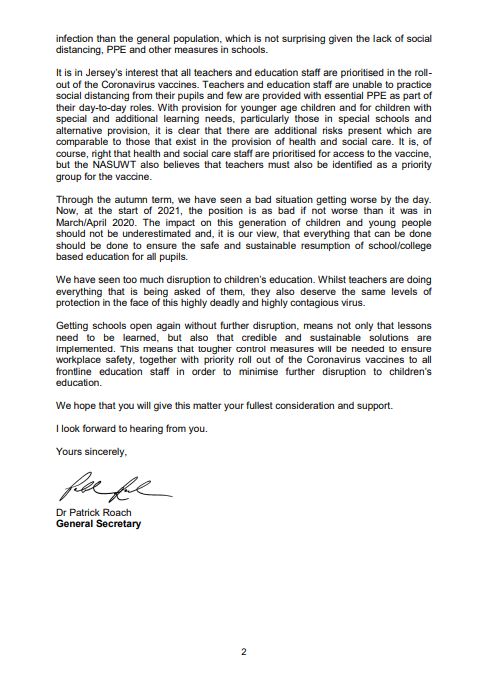 But the government refused that request.

"Jersey is regulated by the Medicines and Healthcare products Regulatory Agency who provide guidelines on the use of medical products. The Joint Committee on Vaccination and Immunisation UK, on which the Government of Jersey liaises with on vaccination guidance, has advised a tiered system for the COVID-19 vaccination programme.

"The tiered system has been built based on the risk of mortality from COVID-19. The first to be vaccinated are at the highest risk of severe illness and death or whom are critical to the healthcare of COVID-19 patients. 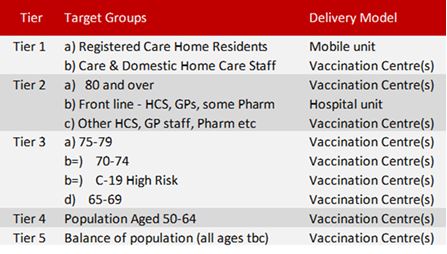 "There is a concern that teachers are in a position of increased transmission, but this is very different to the increased risk of mortality which our vaccination programme is based upon.  Without mitigation factors, many sectors of Islanders could be classed as being at increased risk of transmission. This is why island-wide restrictions and public health measures have been introduced.

"A series of additional measures have been implemented to ensure education facilities are safe as possible from COVID-19 transmission. This includes an enhanced testing regime."

At least 24 classes, including some year groups, have had to close in ten primary and secondary schools.

That compares to 91% in primary schools and 80% in secondary schools on Friday 9 July. 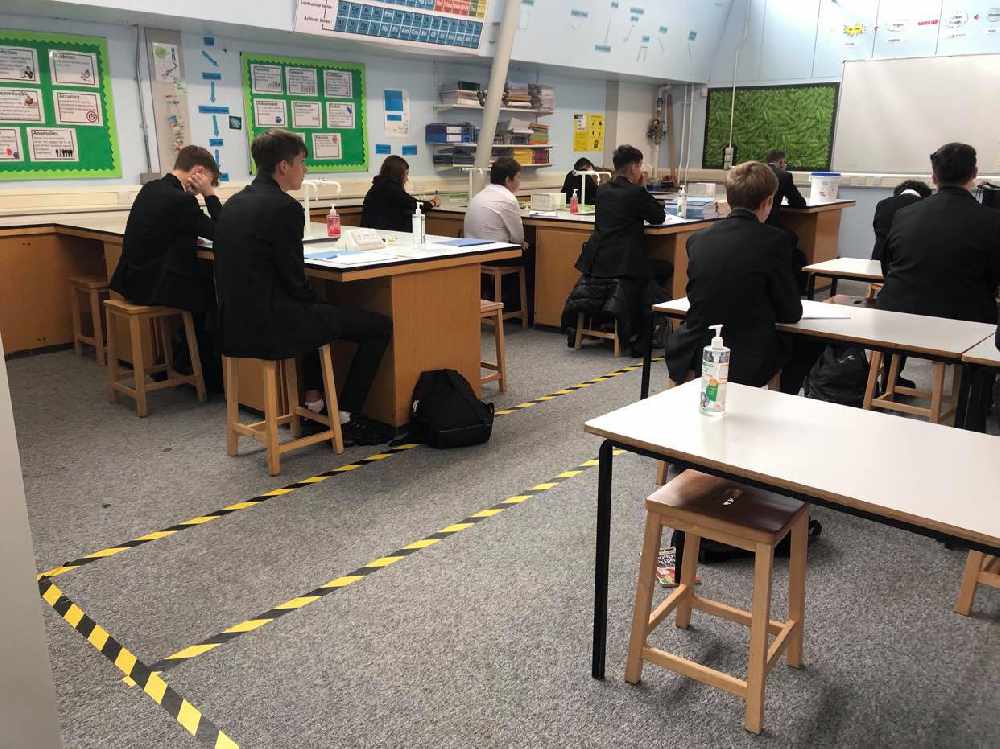 120 cases of coronavirus were found in schools between 5 July and 9 July.

In a statement released by the government earlier this week, new Children and Education Minister Deputy Scott Wickenden said he would be writing to the Vaccination Panel to ask if they will now consider prioritising teachers, school, and childcare workers for the vaccine.

"Given that the position of STAC has always been that long-term loss of education to children is detrimental to their wellbeing and that teaching in schools should continue. I am extremely concerned about the mental wellbeing of staff across CYPES who have not had their full vaccinations.

"I know that schools continue to be safe places and have enhanced safety measures being implemented and monitored daily, but I strongly believe that prioritising this workforce in the vaccination programme will offer the much need reassurance they require."

Marina Mauger from the NASUWT teaching union says this is too little, too late, and it's not right that some teachers are having to isolate at the start of summer.

"I think that we will see a dramatic increase (in cases) by the end of this week, yet another one, because of the number of people who will test positive this week generally through transmission in schools.

"The one thing they (teachers) really deserved was a restful summer holiday this year. That's not going to happen now.

"I've spoken to three teachers this morning who are facing the first two weeks of their holidays in isolation.

"It's just not fair really, not for a body that have done everything they can to keep the island's children in education and to keep them safe."

The government changed the rules for direct contacts of coronavirus cases on Sunday 4 July, following rising case rates and the collapse of the contact tracing system which meant that hundreds of children were not able to go into school.

It allowed young people who were direct contacts to go to school as long as they agreed to be tested for Covid-19.

However, that has led to rising case rates in schools and concerns over the impact it would have on teachers who are not fully vaccinated and the viability of keeping schools running.

The government announced on Tuesday (13 July) that children who have a case of Covid-19 at home should not go to school and that headteachers could decide to close classes or year groups if there was a likelihood of widespread infection.

Chief Minister Senator John Le Fondre defended the timing of the decision and said the context with the last two days of school is different to the last two weeks.

"We recognise that particularly with the last couple of days of term left and usually the fact it is usually a wind-down at the end of the summer term, that actually it's right then to give that individual choice to the headmasters or headmistresses to then make their decisions in how they operate their schools in the last couple of days."

Ms Mauger has described the past few weeks as 'chaos' and called the government's recent decisions 'ludicrous'.

She says there should never have been changes to the isolation rules.

"Look at the way that numbers have risen in a week since they changed the rules and now they've had to do a complete about face and say oh no come out let's go back to what we were."

The government said earlier this week that the Children's Department will meet medics and public health workers over the summer 'to work on plans for a safe and sustained return to schools and colleges in September'.

"A safe and sustained return would mean that anybody who is a direct contact should have to isolate until they've undergone PCR testing and we will continue to observe the really strict procedures that are in place at the moment." - Marina Mauger.

Teaching unions have agreed to meet with government officials over the summer ahead of the new term.

Channel 103 has made several requests to interview Deputy Wickenden since Tuesday 12 July.