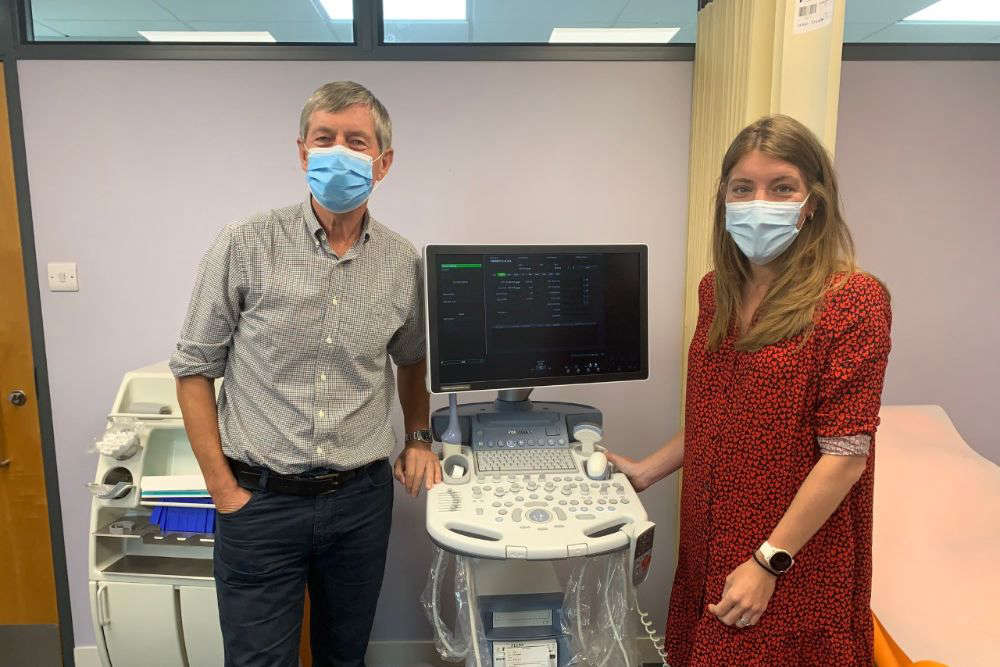 A women's welfare and infertility service is being provided within the community by a GP and Jersey General Hospital's former head of gynaecology.

From this week, consultant Mr Neil MacLachlan and GP Dr Jessica Langtree-Marsh are providing specialist services at Indigo Medical to treat issues including infertility, menopause and contraceptives within a community healthcare setting.

The doctor's surgery has invested in an ultrasound machine for patients. Normally, islanders requiring an ultrasound scan would be required to attend a hospital appointment.

Dr Langtree-Marsh is completing several months of training with Mr MacLachlan, who worked as a gynaecology and obstetrics consultant at Jersey General Hospital for 30 years and now runs a private consultancy firm.

Dr Langtree-Marsh says it allows women to take charge of their own healthcare.

"It's a really good opportunity for women to book an appointment when they want to be seen rather than having to wait for secondary care referrals. Hopefully, it will provide them with a little bit more in-depth information, a little bit more about their condition.

"This is a service that will be for women wanting contraception, those who have problems with bleeding, early pregnancy or infertility, menopause or HRT (hormone replacement therapy) questions. Mr MacLachlan will be with us helping to train us GPs, myself, to help provide that service to the community."

Mr MacLachlan says he wants to train more GPs to treat some gynaecology and obstetrics issues because many patients wouldn't actually need to go to the hospital.

"A lot of the referrals into the hospital don't actually need hospital expertise, if that expertise could be in the community. With the Jersey Care Model being developed, there's going to be a shift of seeing more patients in the community. But, to do that, you need to have the skills and one of the big problems is ultrasound. In gynaecology and obstetrics, particularly, you don't really know what's going on unless you have looked inside the pelvis with an ultrasound and at the moment that means waiting for a hospital appointment.

"Whereas, now, Indigo Medical Centre has got its own very good quality ultrasound machine, we want to set up a training programme called Point of Care Ultrasound where if a woman comes in with pelvic pain or bleeding after the menopause or is trying to get pregnant we can actually scan her in the GP surgery now so she doesn't have to wait to go to the hospital and wait for an appointment - we can provide all that here." 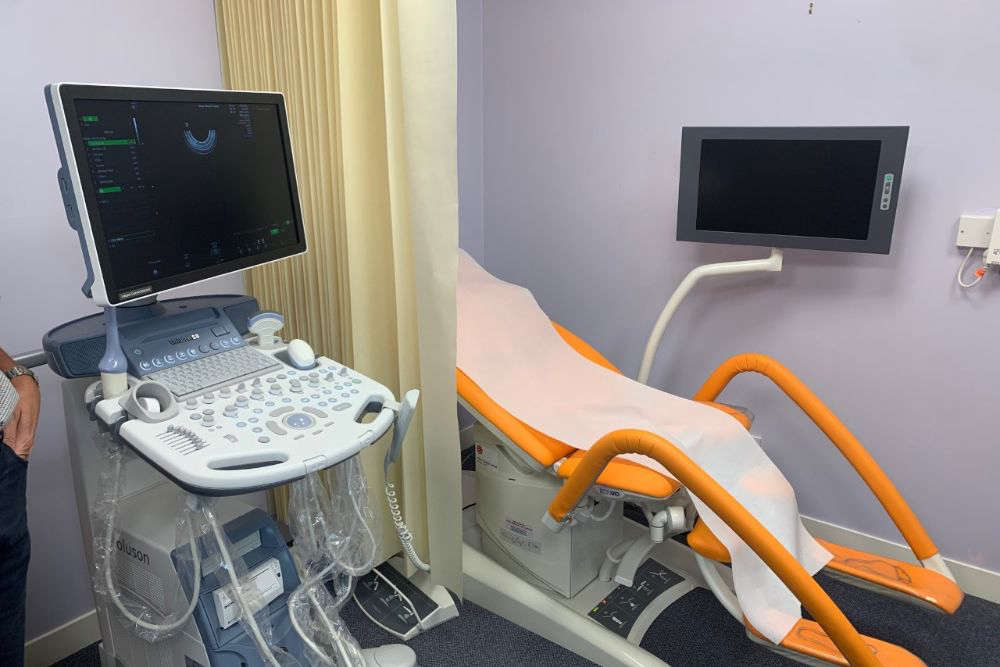 The most recent statistics show that the average waiting time for regular outpatient appointments in gynaecology is more than 14 weeks.

The government is working on the Jersey Care Model which will include trying to shift certain services into community settings in order to reduce waiting times and pressure on the hospital. But, this service is currently being funded privately and is not associated with the government.

"One of my slight frustrations is that there are a number of consultants that come up to retirement who actually still have a lot to offer. I think this model would work very well because a lot of consultants like teaching and being able to develop primary health care is great for patients that can avoid being referred into the hospital. Some will still need to go in, but it's been shown in Denmark that this system reduced referral rates." - Mr MacLachlan

Initial appointments with the new women's welfare and infertility service will be charged at the standard GP fee but any further appointments requiring ultrasound or specialist care may cost more.

Mr MacLachlan says, eventually, this could be rolled out across Jersey as part of the Jersey Care Model.

"I'm wanting to improve patient care. It's much nicer for patients to see their GP, who they know, than being referred and having to wait, then seeing someone they've never met before. A by-product of that will be to reduce some of the stress on department work but some patients, even if they have a scan here, will still need to have a diagnostic scan in the radiology department.

"We're not setting this up to replace all gynaecological ultrasounds, this is point of care to help the GP reach a better idea as to what is going on with the patient and if something is found that is suspicious, then an urgent referral can be made [to the hospital].

"We're going to run this for a few months to see how it works and to monitor the change in referral rates. This has been done in other countries, it's just never been done in Jersey before. What we would like to do is go to the Jersey Government and say 'Look, this is what we've done and it's very easy to do this.'

"Like in most healthcare situations, the money should follow the patients. So if more tests are being done in the primary care setting we'd like to influence the budget to go with that. But that's a little bit further downstream for the moment."

Islanders can now self-refer by calling the practice or by being referred by their existing GP.