'More Could Have Been Done' To Prevent Lifeboat Dispute 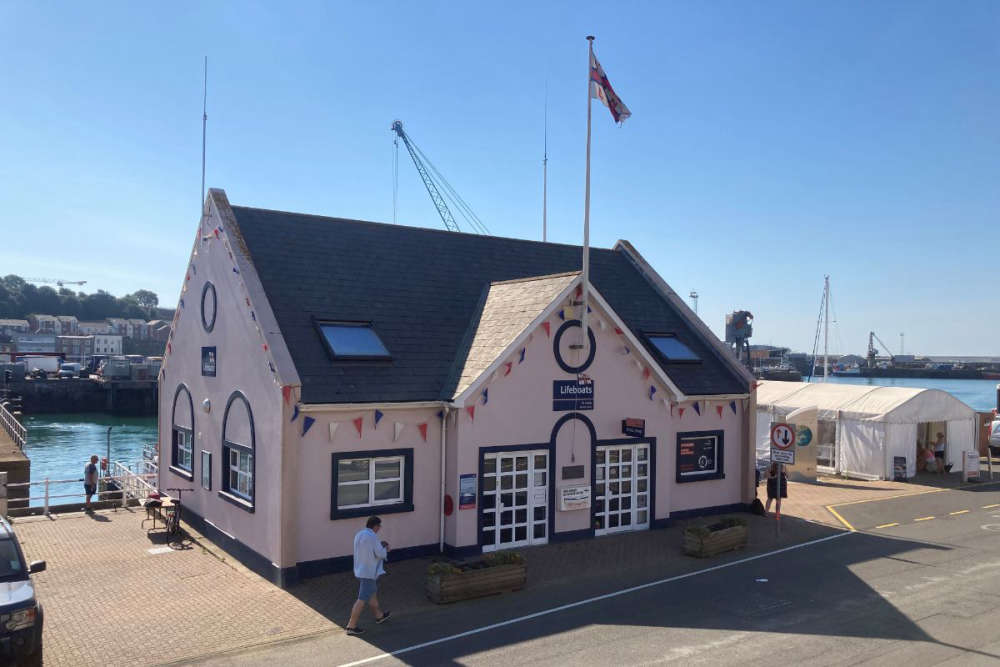 Jersey's government could have done more to prevent the relationship breakdown between the RNLI and St Helier lifeboat crew, which left the island without an all-weather lifeboat for a time.

That is one of the conclusions of a long-anticipated report into the 2017 dispute, which cost £32,000.

The coxswain of the all-weather boat was sacked by the RNLI in April 2017, with the entire crew then quitting the following day after a long-running and bitter dispute.

That led to the formation of the Jersey Lifeboat Association.

A review was commissioned by the government into the relationship breakdown, which was carried out by Sir David Calvert-Smith QC.

He says it's 'reasonably clear' that Ministers were kept informed of the RNLI's intentions and could have done more to stop the charity's action, which left the island without lifeboat cover and led to the current position of having two such lifeboats.

"When presenting a draft of this report to the Chief Minister I was asked to venture an opinion on whether the Government (Ministers and senior
officers) acted as a neutral facilitator. The almost complete “wall of silence” erected by both to the requests from the current Government in March 2021 and subsequently from me make it impossible to come to a final conclusion.

The weight of evidence now before me suggests that more could have been done by the government to try to prevent the breakdown which led to the withdrawal of the ALB for a significant period but the lack of cooperation of the then-responsible ministers with this preliminary inquiry makes it difficult to reach a firm conclusion.

Only an inquiry with powers to compel answers from those concerned could enable conclusions one way or the other to be drawn."

Sir David has also criticised Ports of Jersey - saying it shouldn't be allowed to operate behind closed doors with no accountability for its actions.

He says the previous unwillingness of senior management to account for its actions, when it came to reporting the complaint that led to the coxswain's dismissal to the RNLI and then providing evidence and the reasons for them, is surprising and worrying for the future.

Sir David says he has no information as to whether the RNLI told Ports of Jersey or the Government of Jersey ahead of the decision to dismiss the coxswain.

"The one part of the “jigsaw” of this topic which might be amenable to further investigation/inquiry with a view to making PoJ (Ports of Jersey) more accountable to the government and people of Jersey than it now appears to be, is the role of PoJ or its employees in influencing the conduct of the investigation into the RLM (Regional Lifesaving Manager).

Thus far questions to PoJ have led to the erection of a “wall of silence” allegedly created not by PoJ itself, but by the Freedom of Information
Law/Data Protection Rules. My background in practice, at the Bar and on the Bench – has never extended to the examination of Data Protection or
FoI since in criminal proceedings the State is under a duty to reveal any material relevant to the issues under consideration for prosecution, and if
there is a prosecution, to the court and the accused.

"That wall of silence has now been breached to some extent by the recent submission by the Chairman of PoJ of a draft response to my questions from Captain (Bill) Sadler."

The report states that Captain Sadler, in his recent submission, says he made efforts to repair the relationships after the return of the St Helier RNLI crew to service in June 2017, but that conversations ‘inevitably ended up focusing on the coxswain’s desire for an independent station and what would be required.’

"Captain Sadler states that he believes other crew members disagreed with the idea. This issue is clearly an important one in view of subsequent events and the subject of a dispute which could not be resolved within the confines of a preliminary report of this kind."

Chief Minister Deputy Kristina Moore says she's publishing this review in the interest of transparency and accountability - and that she agrees with Sir David's recommendation not to go to a full inquiry.

She adds that from her perspective, this matter is now closed.

Ports of Jersey says it has serious concerns about how objective, accurate and valid this report is.

In a statement, the company says it 'relies on a minority of partial individuals' and doesn't give a full and verified picture of the breakdown between the RNLI and St Helier Lifeboat crew.

"The report’s author did not approach Ports of Jersey until the preliminary report was produced, but instead invited the Harbour Master and another Ports of Jersey staff member to participate in their personal capacities. After receiving no response to questions about the process and how information would be handled, both were advised not to participate.

Significant improvements have been made by the search and rescue community since the Council of Ministers presented their official report to the States Assembly in 2018, and this preliminary report risks undermining the hard work and dedication of those who have helped develop a search and rescue framework of which the island can be proud."