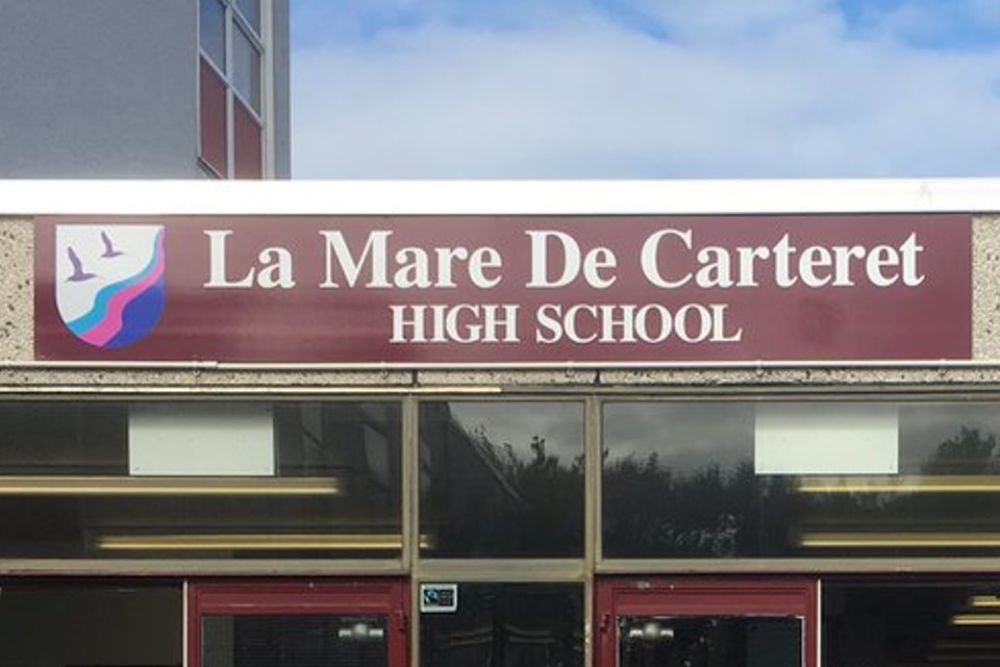 A group of teachers has written to States deputies, blasting Education, Sport and Culture's decision to close the school as part of its proposed move to a three-school model for secondary education.

The letter is entitled 'concerns from the majority of La Mare Staff'.

Over two pages, it sets out why they want to keep the current four high school system, and asks 'why pile millions' into reforms in the current economic climate and when the future is so uncertain?

It expresses 'major frustration' at the lack of information, of conflicting information.

One example cited is of the ESC President Deputy Andrea Dudley-Own telling Island FM that preliminary talks had begun about social housing on the La Mare site, despite earlier stating there were no plans afoot, and P&R members later emailing a school staff member to say they were not aware of such plans.

The school staff say that, contrary to the committee saying it has been busy engaging with staff, Deputy Dudley-Owen has 'visited La Mare staff twice over the last several weeks', and that 'no correspondence has been offered to Year 6 parents in the primary school' about the planned closure of the secondary school.

"Many people are being led to believe that La Mare High is falling apart.  We question whether it is in any more state of disrepair as the Grammar building? On pages 17-19 of the policy letter, the ESC stated at La Mare High School is not fit for purpose. We question where this judgement has come from? What report is available to support this?"

The letter says ESC is lacking, and urges deputies to reject the policy letter and insist the committee goes away and reviews the option for a four high school model.

"...although we wish to support any committee that is committed to improving educational values and outcomes in Guernsey for all stakeholders, we wish for our concerns to be considered and the planned closure of our school to be reviewed."

ESC's reform proposals are due to be debated on 14 July.